Bye bye Norton
Just over a week ago Rob updated Norton like a good boy should. The next morning I tried to get online but couldn't. I left to distribute directories as Rob was trying to sort it all out, fortunately, he had a day off. When I got home for lunch he was still on the phone to AOL. He eventually found out that Norton had dome something to AOL France that meant all users who updated the previous evening had got some kind of bug, the best way to deal with it was to disinstall Norton.

He replaced it with McAfee, since we seem to be running a lot smoother and those nasty internet explorer ads have gone away. Rob has always been fussy about keeping Norton up to date, what a pity, they've lost a loyal customer.
Posted by Anji at 5:25 pm No comments:

Strange morning
I feel a bit out of sorts today. Firstly the clock on the PC was jammed so I lost track of time, when I was supposed to be bustling everyone out of the house. Then some commission which I earnt yesterday disappeared from the stats(it did come back in the end). The worse was when I came to check my other blog; it had been deleted. I knew it had been suspended by the anti spam robot, but I had followed the instructions and now it’s gone. I had my hair cut this morning and got drenched on the way home, so I don’t look very impressive now. The firm distributing telephone directories phoned wanting to know why I hadn’t done one of the residences on my list, they told me I didn’t have to last week because it is miles from my area. I have a feeling they are going to be hard to shake off.

What Kind of Candy Are You?

Found at Call If You Need Me
Posted by Anji at 4:23 pm No comments: 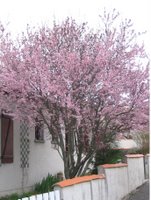 Email ThisBlogThis!Share to TwitterShare to FacebookShare to Pinterest
Book corner

Twilight Children
If you look to the left on the side bar you can see my book this week is ‘Twilight Children’ by Torey Hayden. I borrowed this book from Dom. It’s written by a child psychologist about some of her cases. I’m really enjoying it, but I thought I’d warn anyone of a sensitive nature that it is very shocking in parts. Dom has decided that she will not specialize in child psychology after reading it, it’s too hard.

About Amazon
Although most of my visitors are from the States, I’m not allowed to be an affiliate for Amazon.com because I live in Europe. That’s why my links are for the U.K. site.
Posted by Anji at 10:52 am No comments:

Email ThisBlogThis!Share to TwitterShare to FacebookShare to Pinterest
In which we discuss the delivery of telephone directories
It’s hard, lifting and loading telephone directories all day is hard work. Much to Olivier’s relief I didn’t deliver to houses in L’Houmeau. Instead, I chose some old streets close to where we used to live in La Rochelle. Some of them were almost village like and there were lots of fascinating buildings and places tucked away. I really enjoyed that part, I also enjoyed contact with human beings. With the exception of two, they were all extremely pleasant and helpful. I learnt a lot about the area from the older people who liked to have a little chat. The idea is to deliver the directory into the hands of the subscriber, so I spoke to a lot of people (then use letter boxes ((magic key, when it fit)), neighbours and other means). The flats/ apartments in that part of town were all very smart, though sometimes it was difficult to enter. The buildings that had concierges were best because they were only too willing to help! Not everyone was as well received on their rounds as I was, Rob was really sweet, he told me it was because of my aura.

The end wasn’t so good because they made me go back and deliver some more, some streets I had to go back to 4 or 5 times to catch people in. I’m glad it’s finished. I delivered 720 directories in 41 hours which is slower than the usual rate. I don’t think I’ll have earned much more than €130/$160, but it will add a few hours to the end of my unemployment benefit.

I won’t be working for them next year.
Posted by Anji at 10:28 am No comments:

Normal Service
will be resumed in the middle of next week
Posted by Anji at 7:29 am No comments:

My week so far...
It snowed on Saturday afternoon. Unfortunately, it had all gone by Sunday morning, now it’s just wet and windy; I remember when Olivier was four or five we had his birthday party outside in the sunshine. What happened to the spring?

Dominique was out all day yesterday begging for money as it was ‘Per Cent’. 100 days before the final exams, only it wasn’t as it was last week and last week they were taking their mock exams. They all dress up and ask for money and in the evening have a wild night spending it. Dom was disguised as Little Red Riding Hood and she and her friends collected 130€ between the four of them. She stayed at a friends who lives in town so I don’t know any details yet. As her mother I suppose I’ll have to make do with the censored version.

I attended a reunion yesterday afternoon as I shall be delivering telephone directories for France Telecom for two weeks. The conditions are pretty strict, but we can put in the hours as we like. We get paid per directory which are supposed to be delivered into the hands of the client. The contract might continue another two weeks; I’ll wait and see how my back is holding out before I sign up for more.

When is Mother's day this year in the US?
Posted by Anji at 2:16 pm No comments:

An Elephant Called Slowly
When I was in my daily walk to the post office this morning there were circus posters attached to every lamp post. The circus seems to come round about once a year to our village, and the poor looking animals are tethered to feed in the park or on the grass opposite the schools (I can’t think why). Imagine coming out of school and finding a yak or a camel chomping away on the grass. I don’t like circuses so we’ve never been. I was taken once when I was five as someone else’s birthday treat and the highlight was when one of the ponies got bored with cantering in ever decreasing circles and escaped.

Anyway, the circus got me thinking about a film I saw when I was a child ‘An Elephant Called Slowly’, it was made by the same actors as ‘Born Free, Virginia Mckenna and Bill Travers (which I’ve never seen). I loved the film, all about a baby elephant (Pole Pole) causing havoc. The theme tune was written by Henry Mancini and I have it on the computer, I listen to it a lot; Not long before I came to France, in 1984, that baby elephant was in the news again, now older and stuck in a zoo in London, she’d lain down and couldn’t get up again, which is dangerous for large mammals as they can crush their internal organs. I seem to remember that Bill Travers had managed to get into her compound to try to comfort her. It was a heartbreaking story. The story is here with pictures.

The first time I saw a real elephant I was about 12 years old, it was at a zoo and the elephant was being led by a keeper. I remember how upset I felt as the elephant passed. A few years ago I spoke to a friend about this and she told me that she burst into tears when she saw her first elephant. I believe that we somehow felt their misery. I remember hearing a documentary on the BBC about a medium who worked with animals and she said that elephants are very sensitive. I can’t find out anything about this, has anyone anymore information?

How did you feel when you saw your first live elephant? What do you think about zoos?
Posted by Anji at 11:30 am No comments:

A very good day indeed
The day got off to a good start because I received some fan mail. Someone had found Anji Patchwork and had written to tell me how much they’d enjoyed it and there was a poem too!

Then there was the ordinary bit of the day followed by a phone call from Christian. He’s got himself a new job, more money and closer to (his) home, he will be dealing with finance rather than mortgages, which is what he wants. He will be going down to London for a month for training. It brought back lots of good memories of the bank training courses I went to in Teddington. I hope he enjoys himself as much as I did.

Dominique got the results of her mock philosophy exam. She got a very good mark for the exam and was the best in her class. She phoned yesterday lunch time in a panic because her super dooper scientific calculator’s batteries were dead and she has her mock physics exam today. It all got sorted, thank goodness it didn’t conk out on her today.
Posted by Anji at 11:39 am No comments: