The end of another era

For the last 11 years (already?) I’ve had an annual appointment with the ‘wimmins’ doctor, who always put me in mind of the Swedish Chef from the Muppets. He’s such a nice man and so polite.

My last appointment with him was a week ago. All is well. He’s retiring very soon and will be replaced by a young woman ‘wimmins' doctor. I’ve never had one of those before, so I wonder how we will get on.

If any of you remember Alan, now is the time to say goodbye.  If you've lost the link, send me an email using the link above the lime clock in the sidebar.
Posted by Anji at 11:02 am 3 comments:

Yesterday was an auction day, so we set off for the station just before 5 o’clock in the morning. We had an excellent day. We managed to avoid the rain, we had a great lunch and we managed to get the cards we wanted for a good price. We usually go to the same restaurant which has changed hands but is still as good. 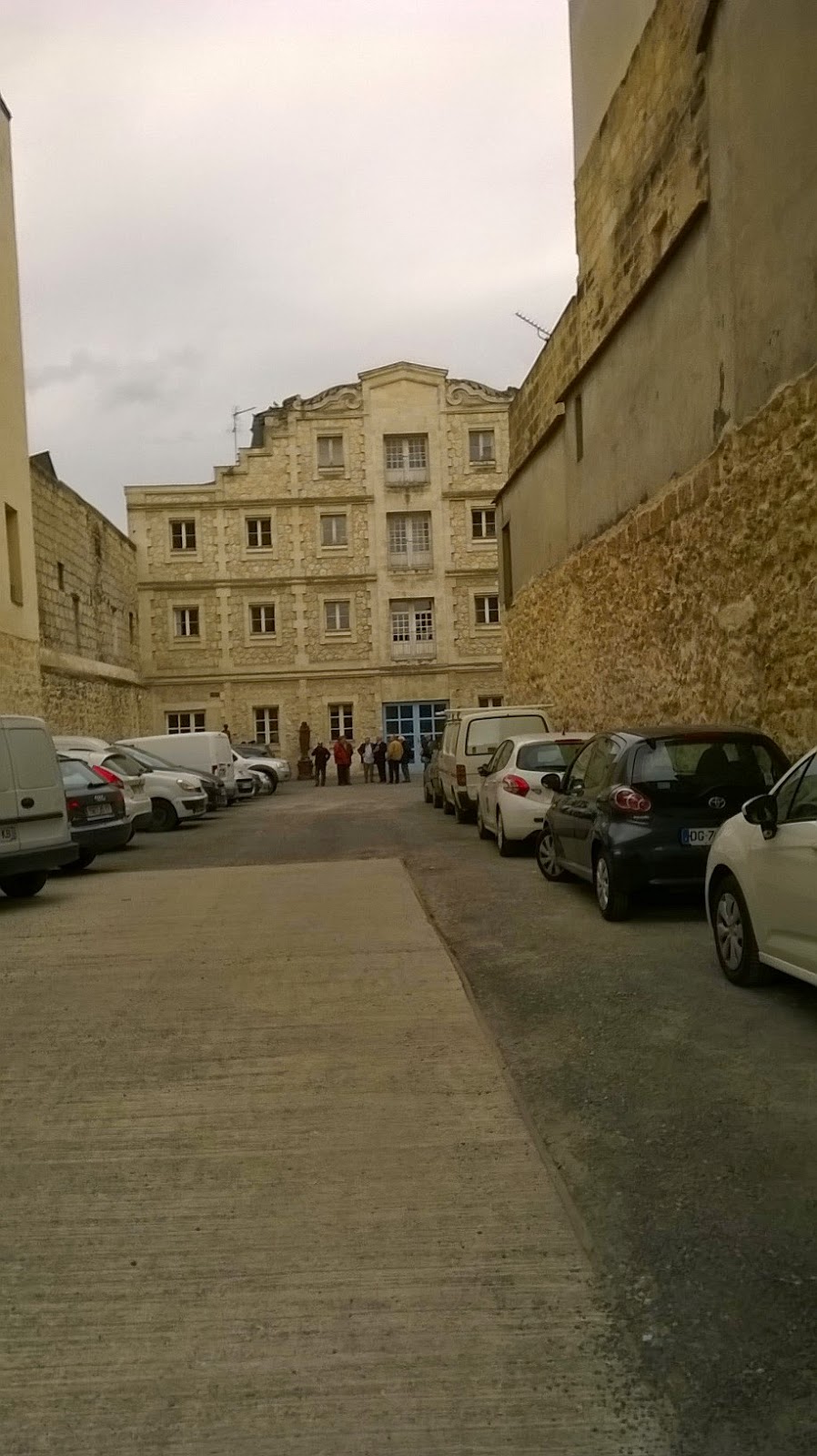 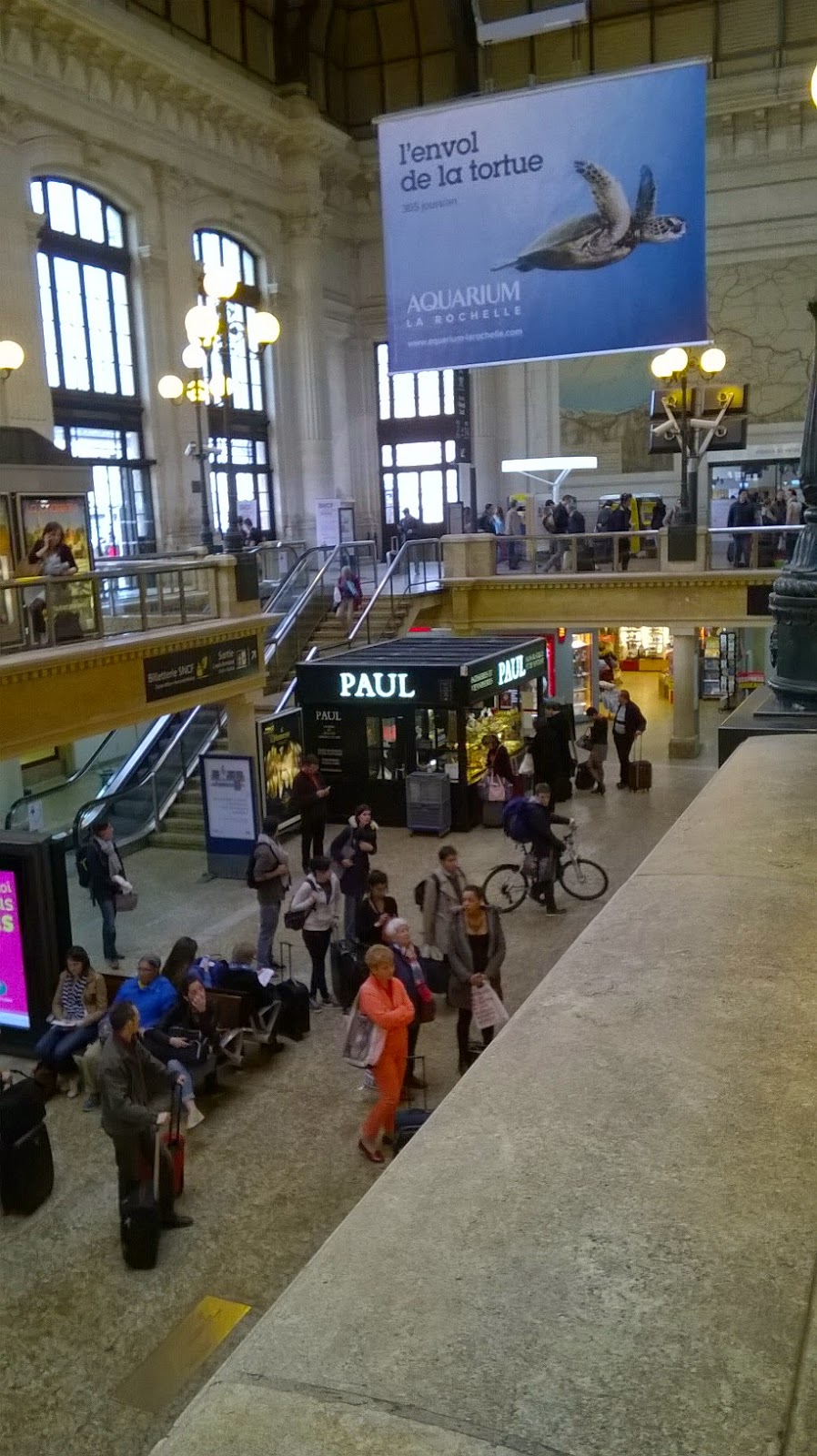 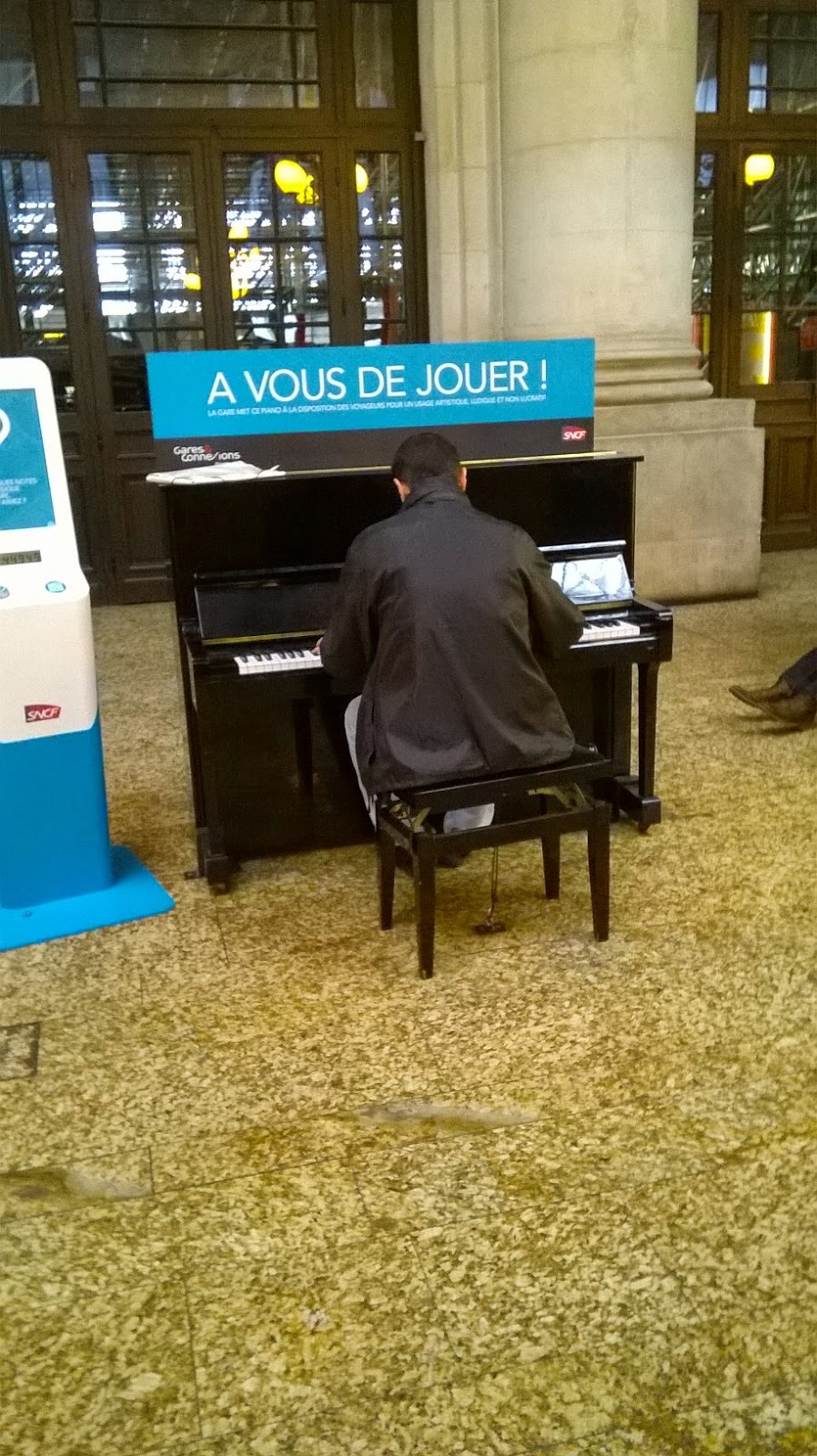 During our wait at the station in the evening, we listened to the piano music. It was beautiful; a medley of different types of music, which continued for all of the time we were within earshot.

The train wasn’t too crowded on the way home and armed with my Kindle, the time flew by. I slept so well last night.

One day we’ll stay over so that we can play the tourist. Bordeaux is such a beautiful city.
Posted by Anji at 5:19 pm No comments:

Is a replica of the frigate used by the General Lafayette in 1780 to reach America in order to fight against the English in the War of Independence. The replica has taken 17 years to build and is due to set off for the US in the next few weeks. The original apparently took less than a year! Over Easter it will be docked in La Rochelle. 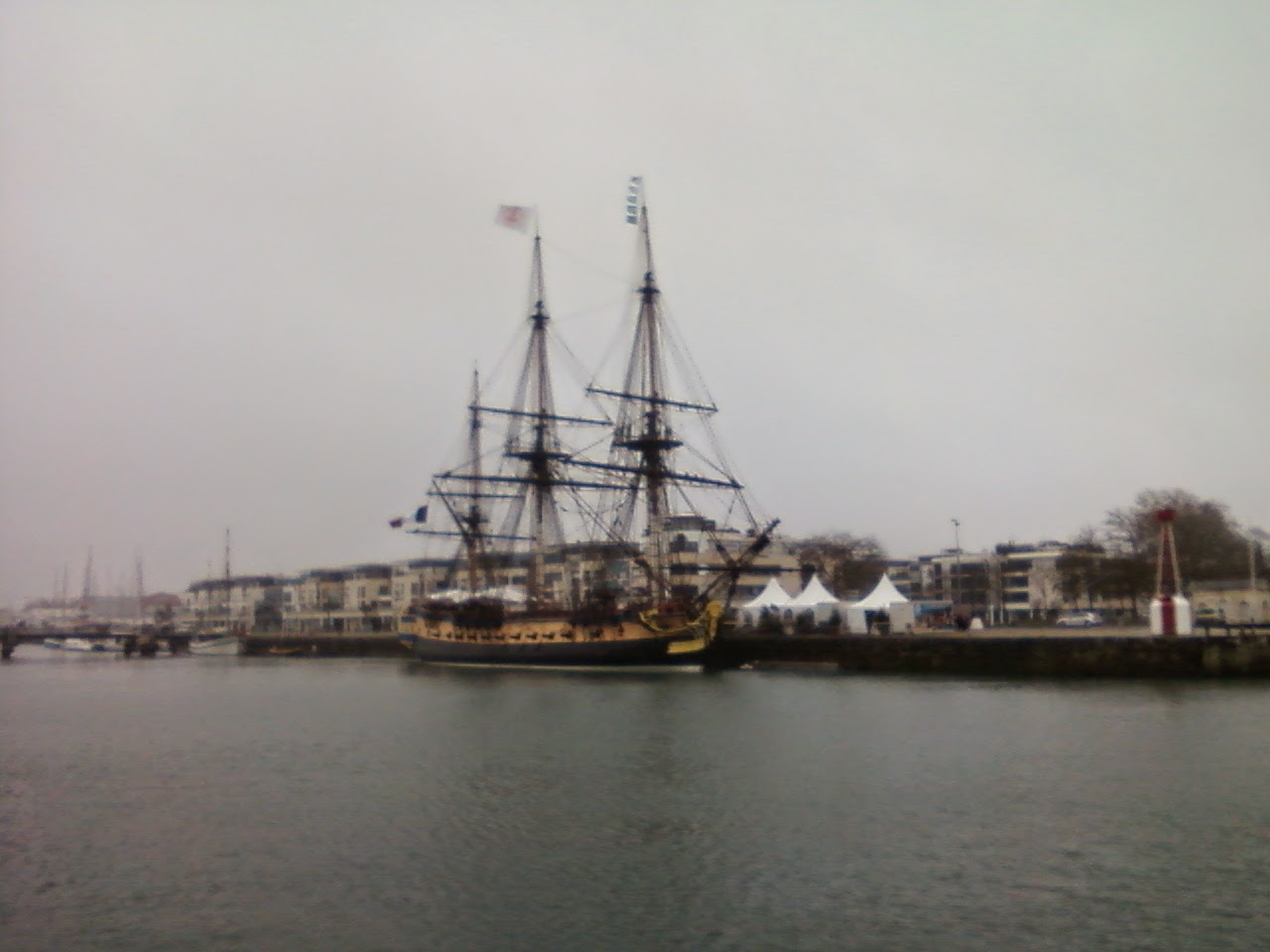 As we had free tickets, Rob and I decided to visit the frigate this week. The first view of the three mast ship is amazing. The weather was wet and windy and we were warned that the deck could be slippery as we went aboard. 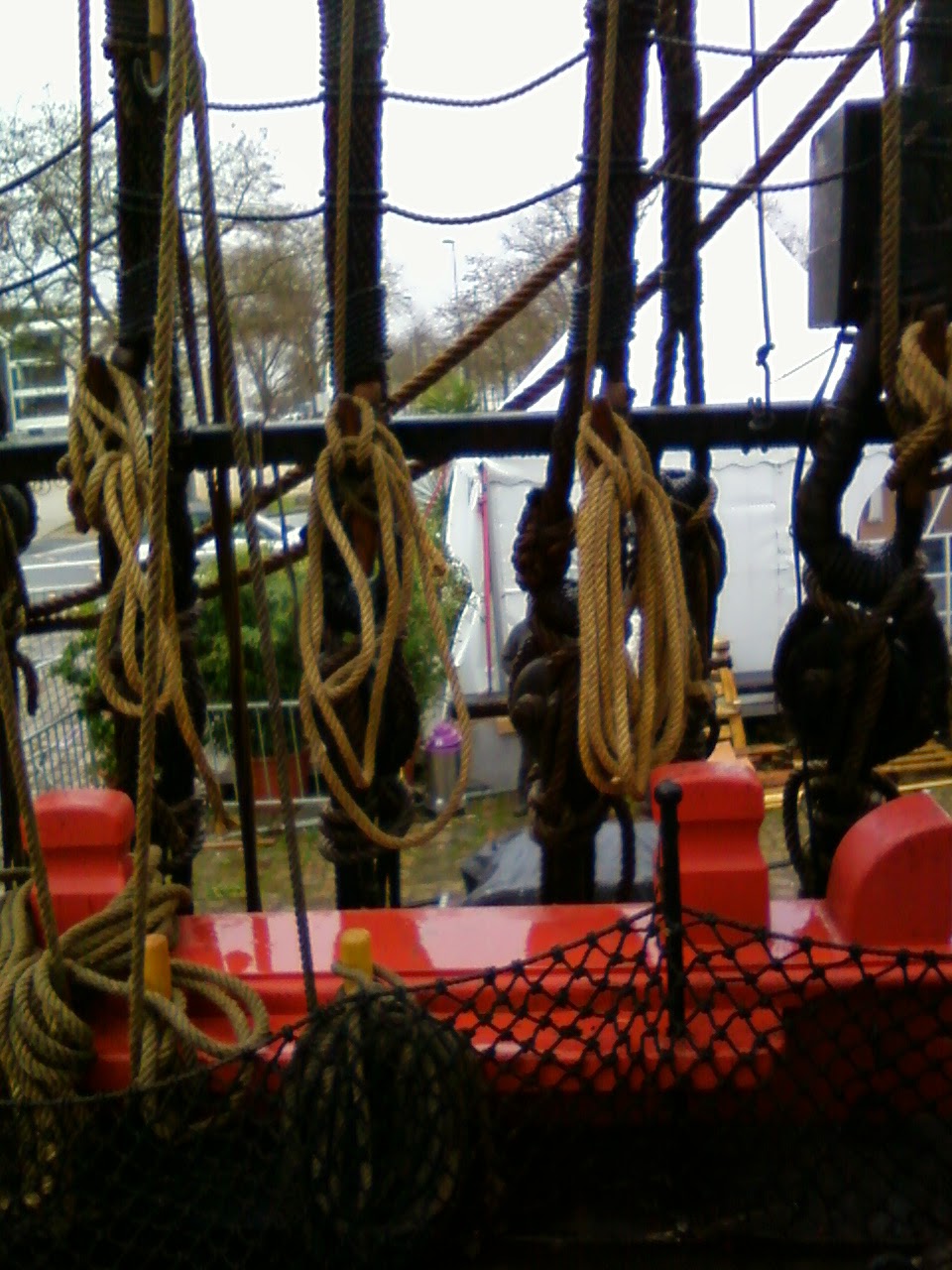 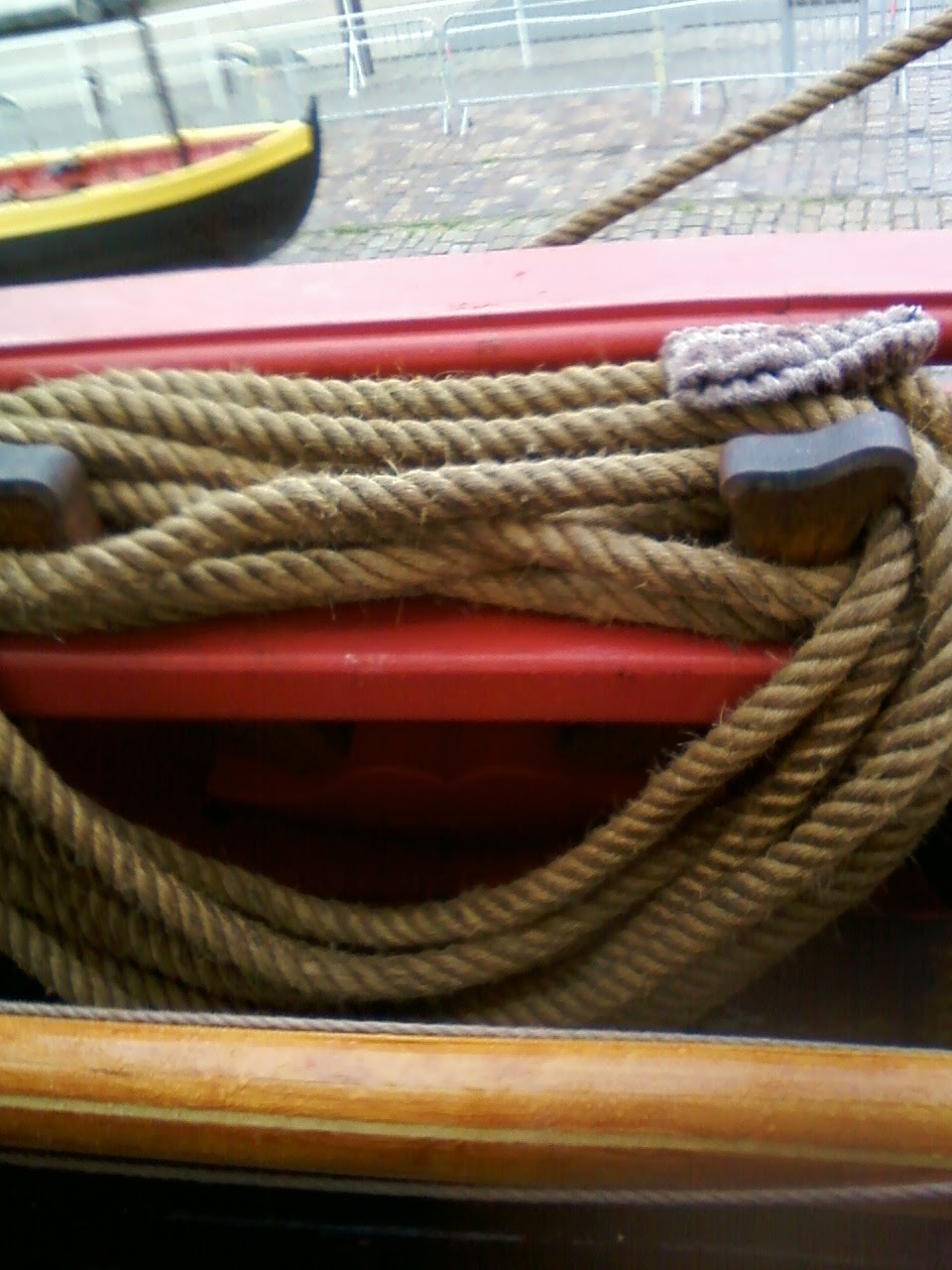 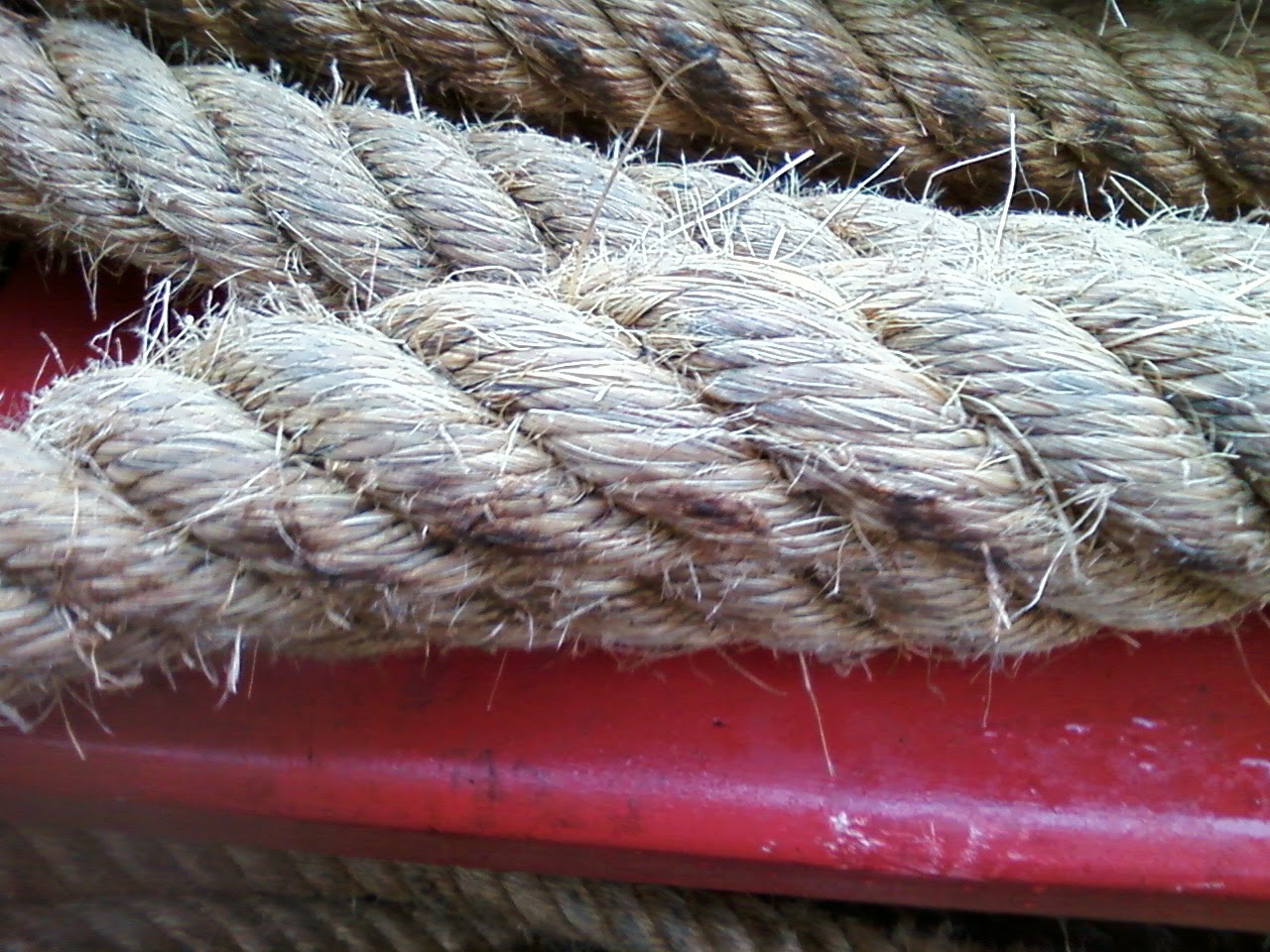 There are between 23 and 25 kilometers of rope, some natural and some synthetic, depending on the job it will be used for. 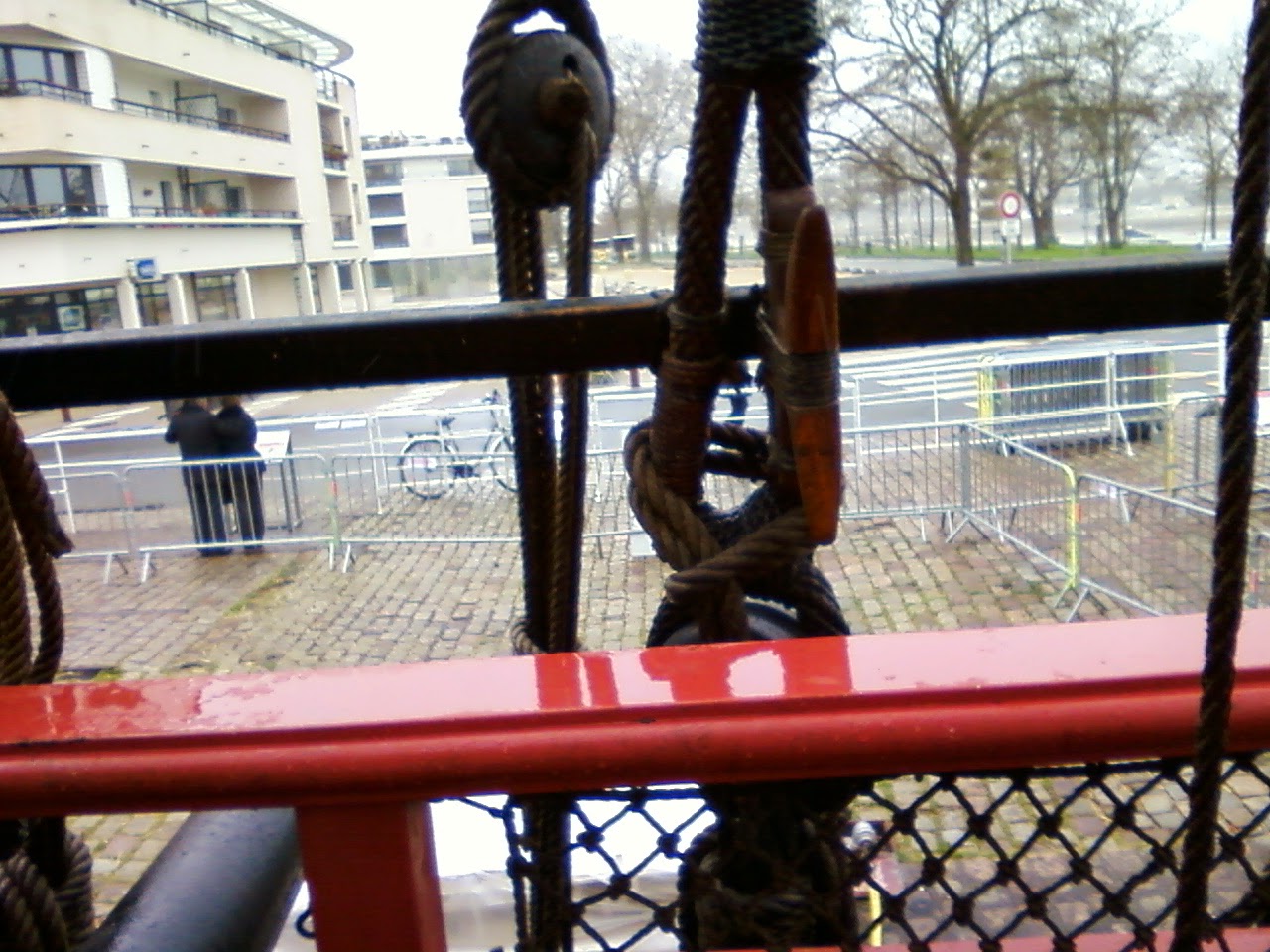 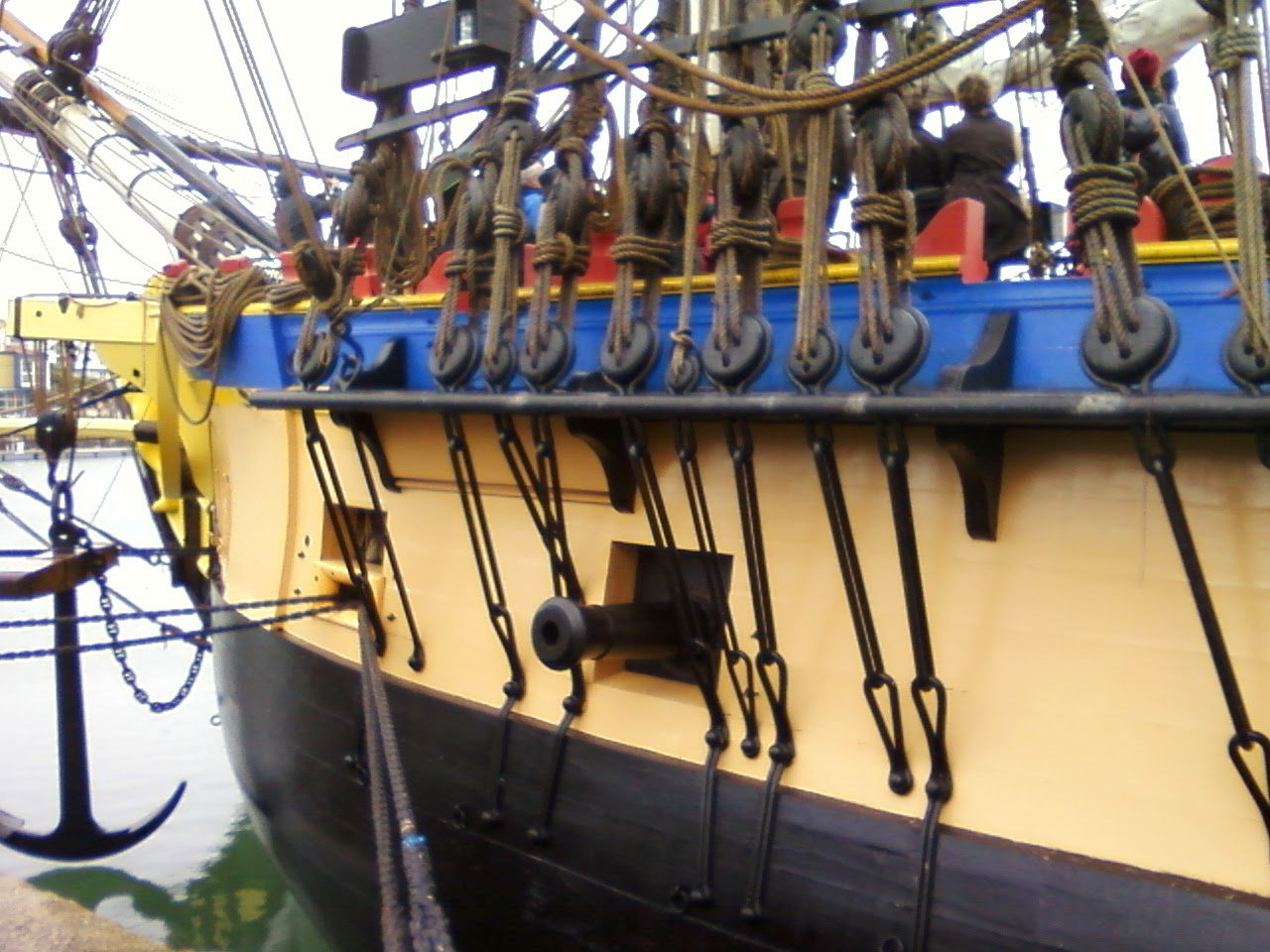 
We went below deck which was a bit crowded as a school group was being taken around. The stairs were very steep. Fortunately for me, there weren’t too many. 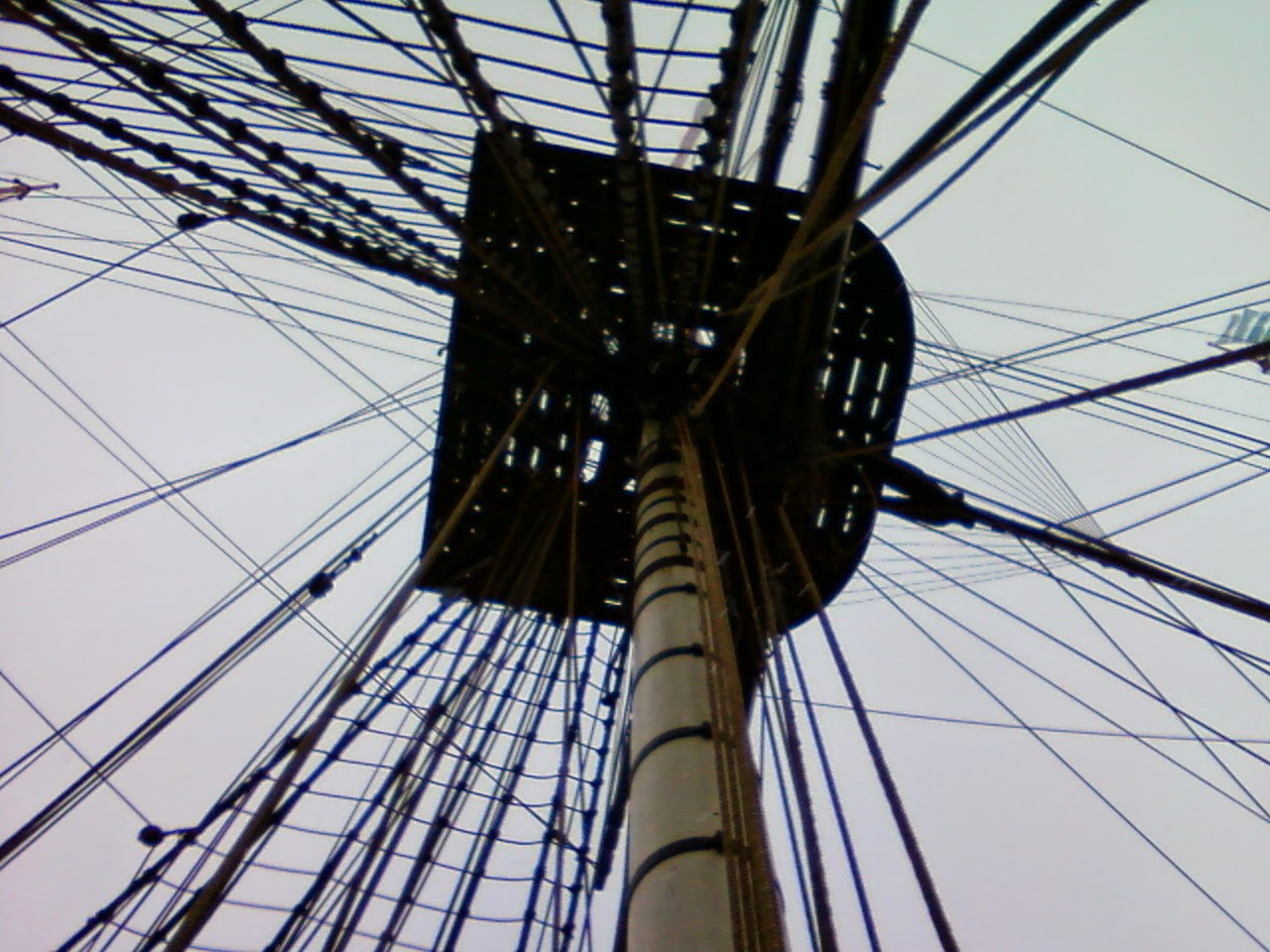 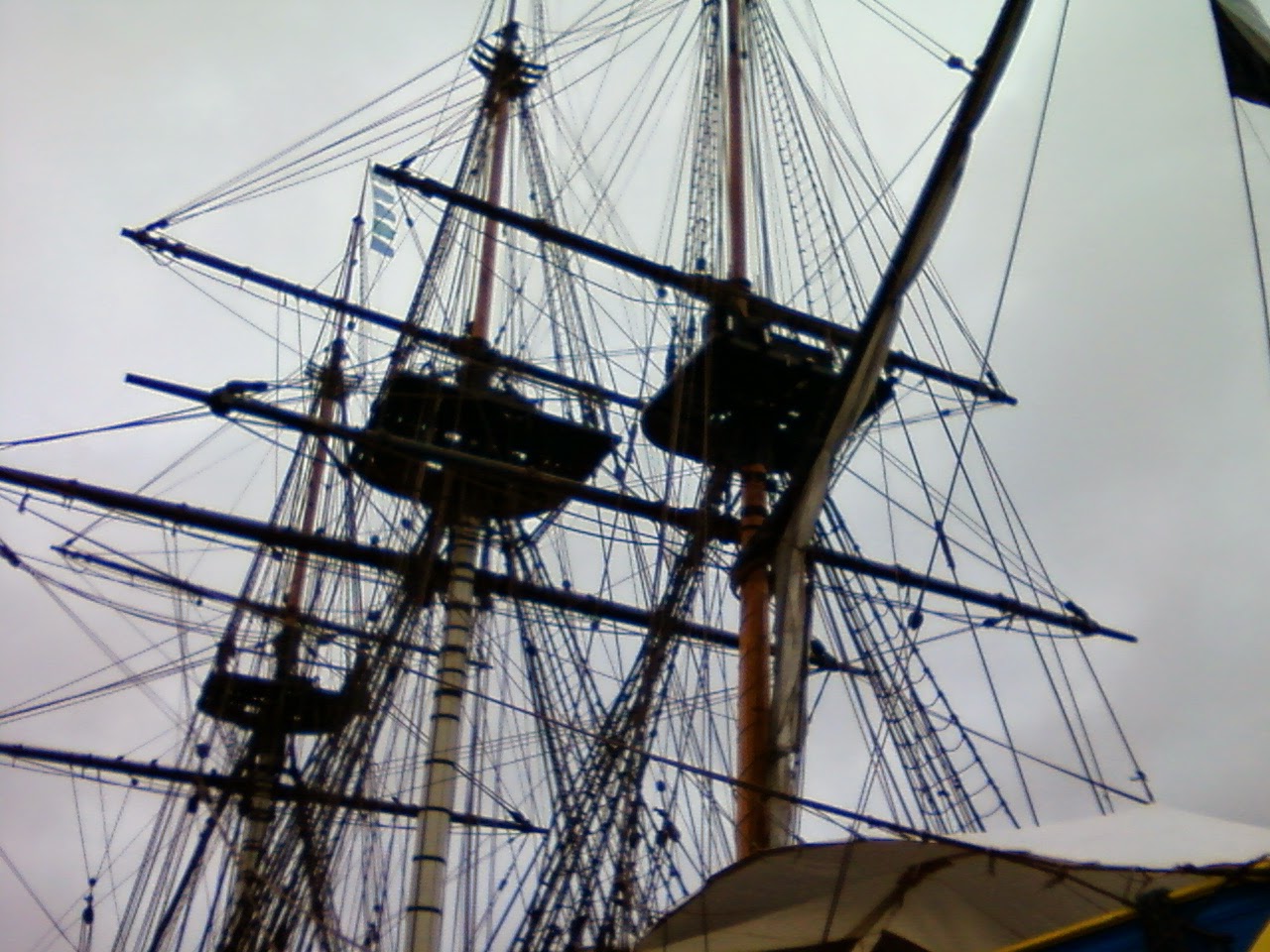 Masts and crow's nests are fascinating. 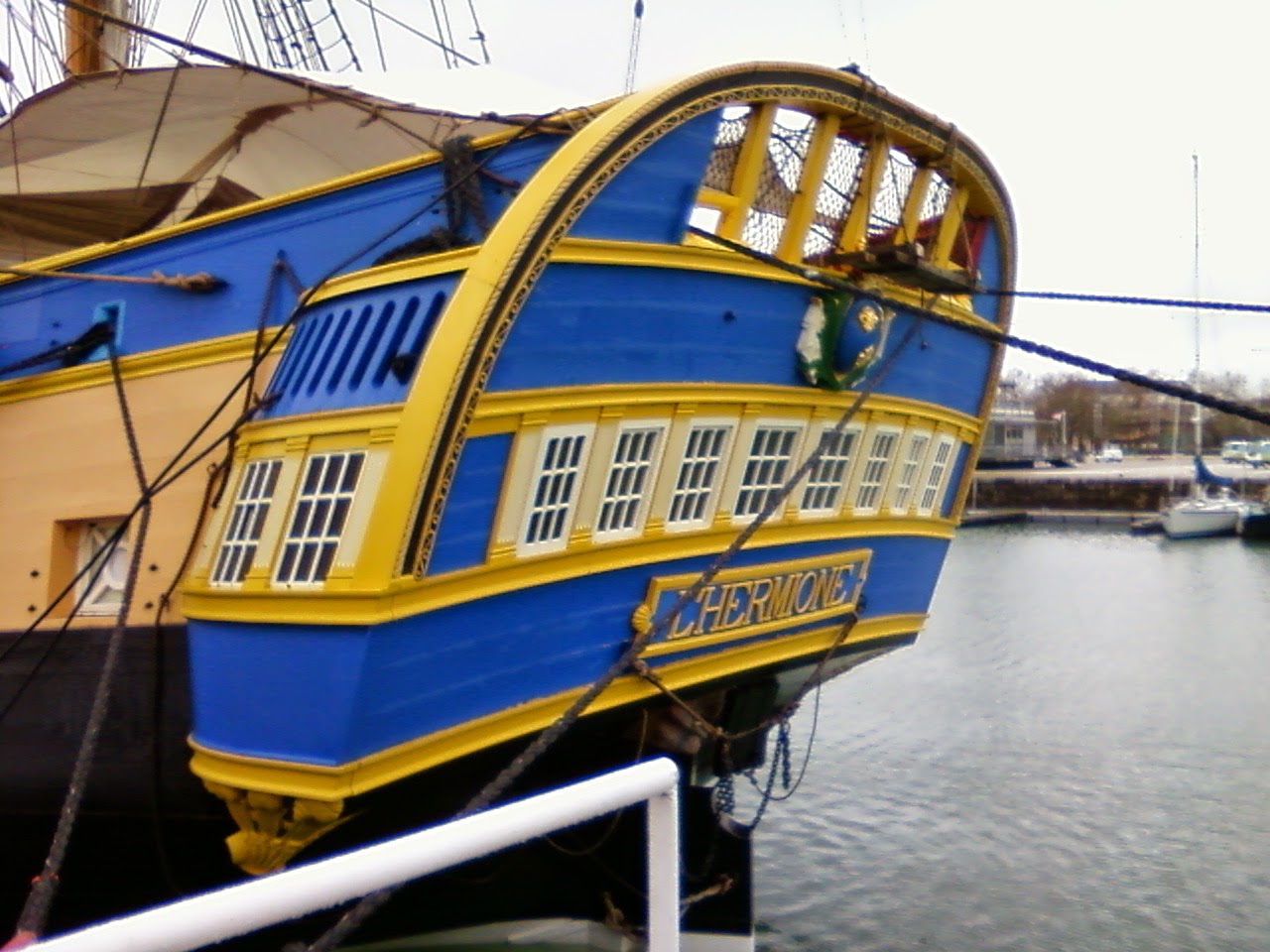 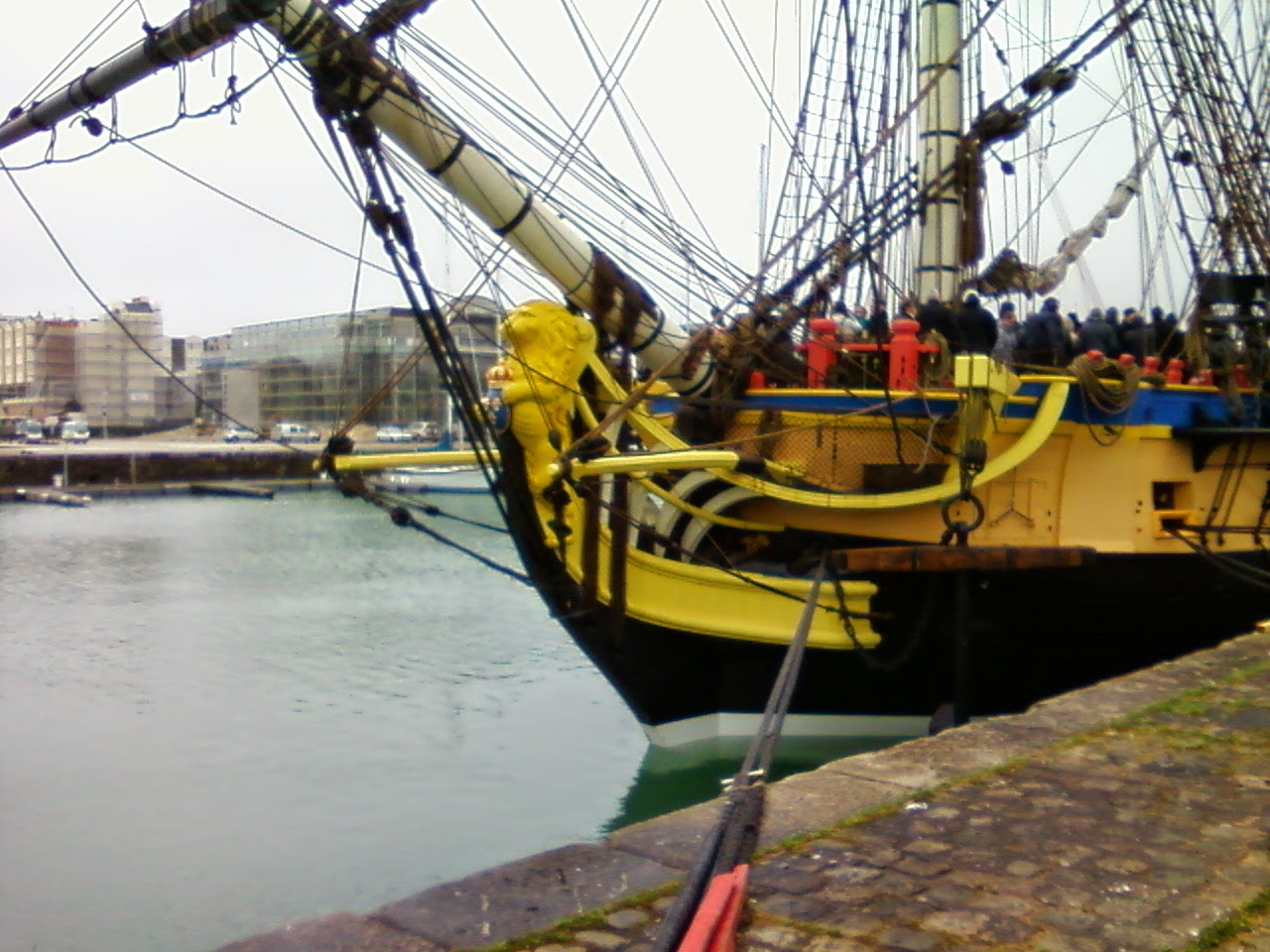 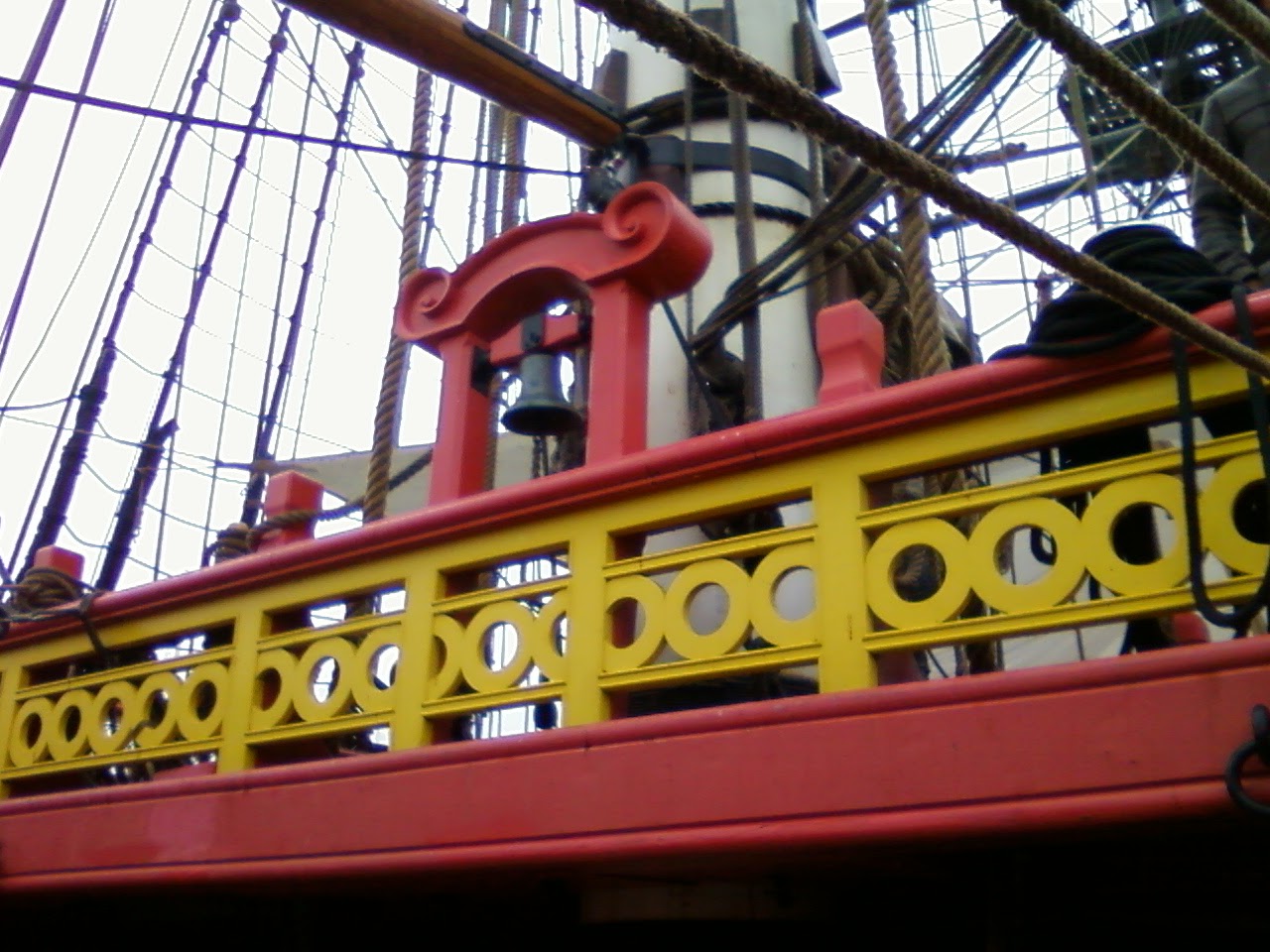 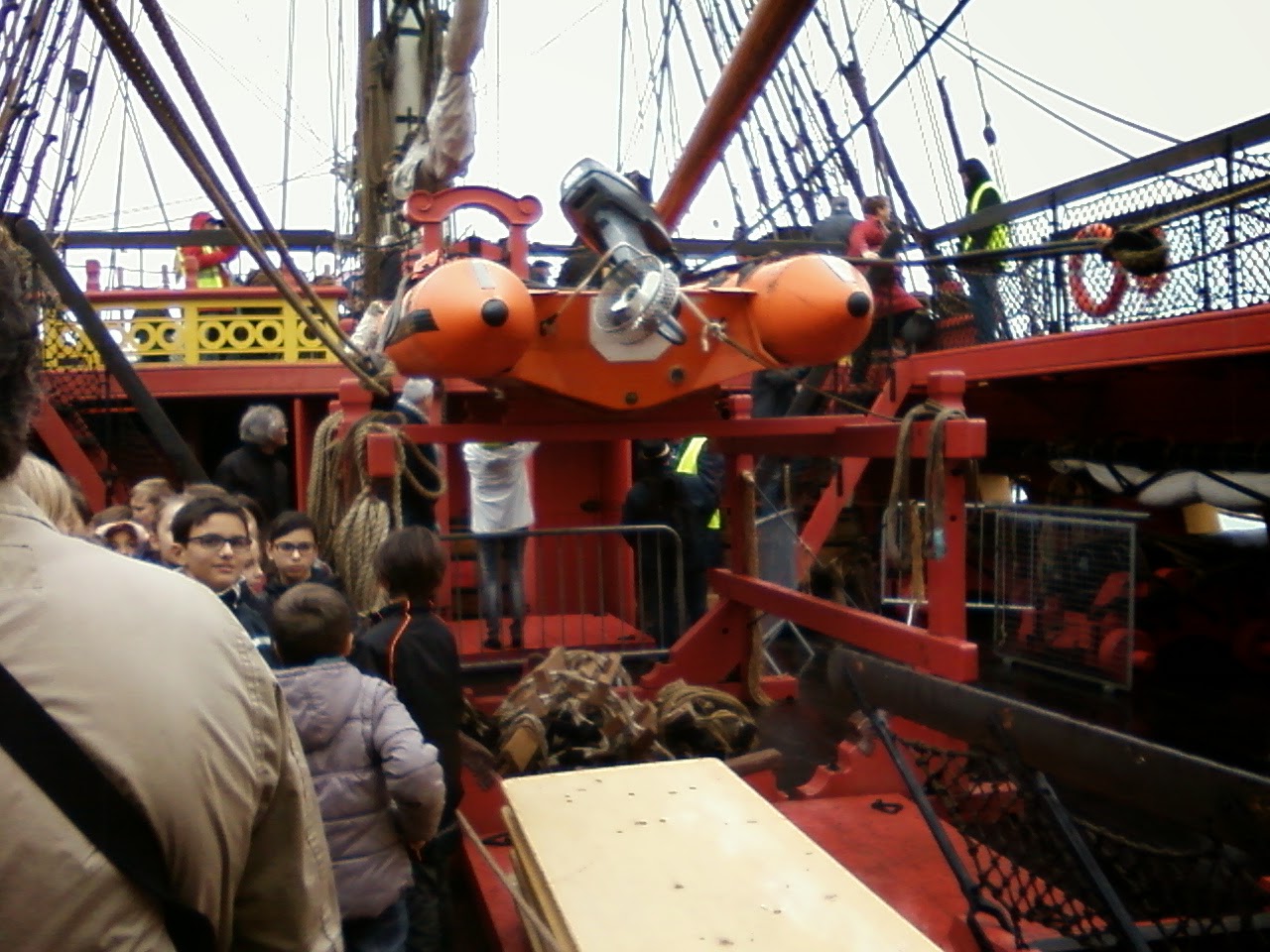 Back to the modern world.


There is a modern engine on the ship to confirm with the shipping laws of some countries. The Hermione will be visiting ports in the US from mid May and will arrive in New York for the 4th July.
Posted by Anji at 5:41 pm 4 comments: