At the beginning of 1973 I started work in Barclays Bank. The following year saw the start of equality at work and it certainly applied to banking, though there were one or two little details that were overlooked.

Equality meant that our jobs were now pensionable and most of us didn’t see the need.  Up until then, women depended on their husbands to provide pensions and so on. (1974 remember). Today I’m very pleased to have taken up the pension. Even though I left the bank at the end of 1984 that nest egg was patiently waiting for me.

A couple of days ago I celebrated my 59th birthday and decided to take a lump sum and reduced pension from Barclays Bank.

In reality I will probably continue to run my own business here until I’m 70.
Posted by Anji at 12:10 pm 4 comments:

Olivier is studying finance alternating with working in a bank. He has to run two homes now as they are 250 kilometres (about 155 miles) apart.

Last week we took him to his university town; Rennes. His apartment is close to the metro/subway/underground and two or three stops away from where he will be studying. He’s sharing with 3 others and we were impressed with the apartment. A big living room and a good sized kitchen which is well equipped and two bathrooms! He lives on the 6th floor. 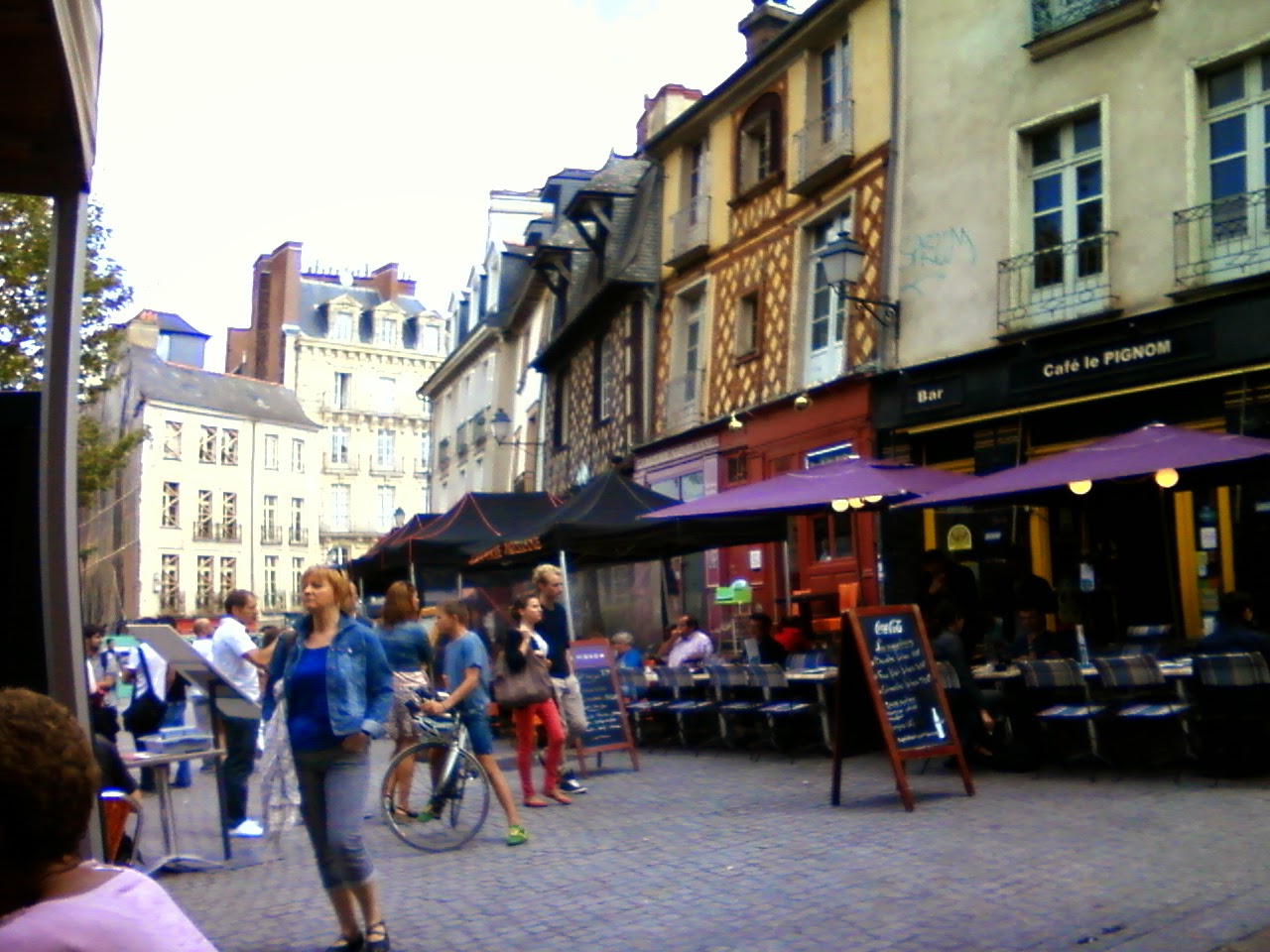 The historic centre of Rennes

After we dropped him and half of his things off we headed for the town where he is working in a bank. A beautiful little town called Château-du-Loir; we had to deliver his belongings to his apartment there which happens to be in a Château! I didn’t get the chance to go with Rob and Olivier to view the apartment, but they were full of it when they came home and the caretaker had given them a tour of the rooms which weren’t lived in by other tenants.

We were really tired when we arrived there in the evening and took his things to his room. The caretaker was really welcoming and offered to show us the Chambre Royale, which is a suite of rooms. It was beautiful and spacious with lovely furnishings – ideal for a romantic couple of nights… if only…

Rob asked me if I’d like to stay for a couple of nights – it was all arranged beforehand in secret!

We had a lovely stay there and enjoyed just being quiet and exploring the town for a couple of days. It also meant that I had time to make up Olivier’s bed and hang up his clothes etc. I think that he was glad that I had because he arrived pretty late a couple of days later. 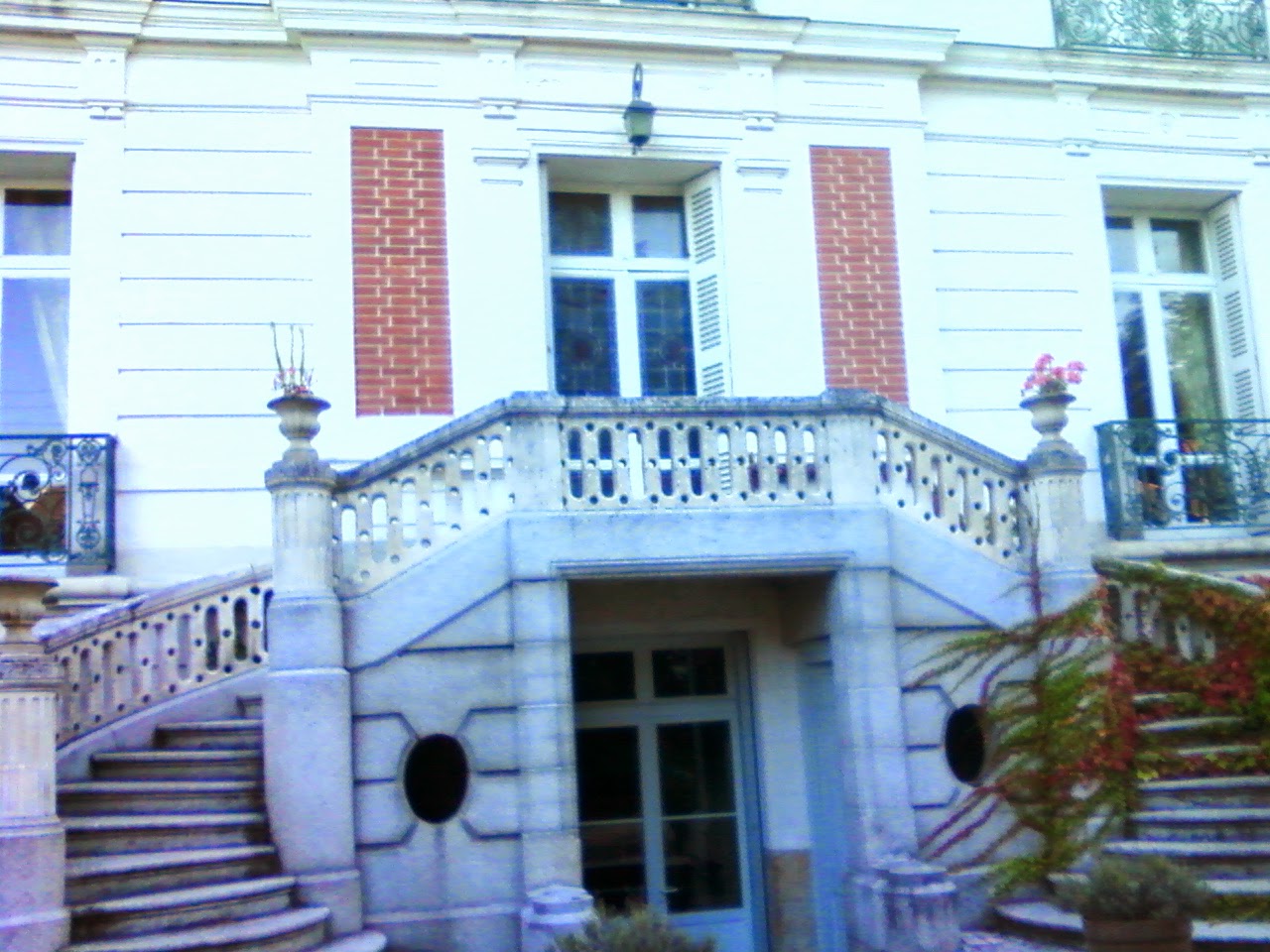 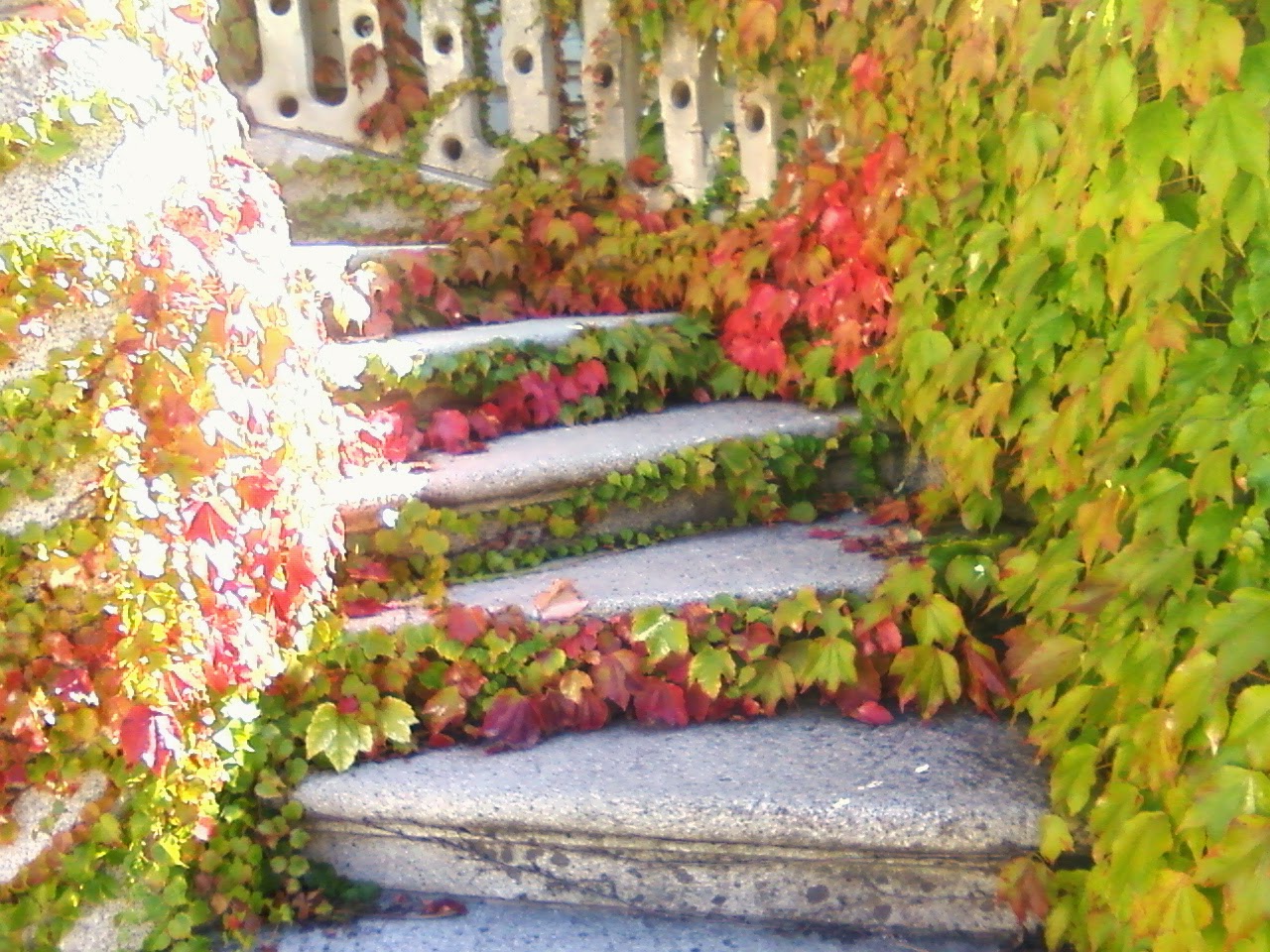 Stairway to our suite of rooms 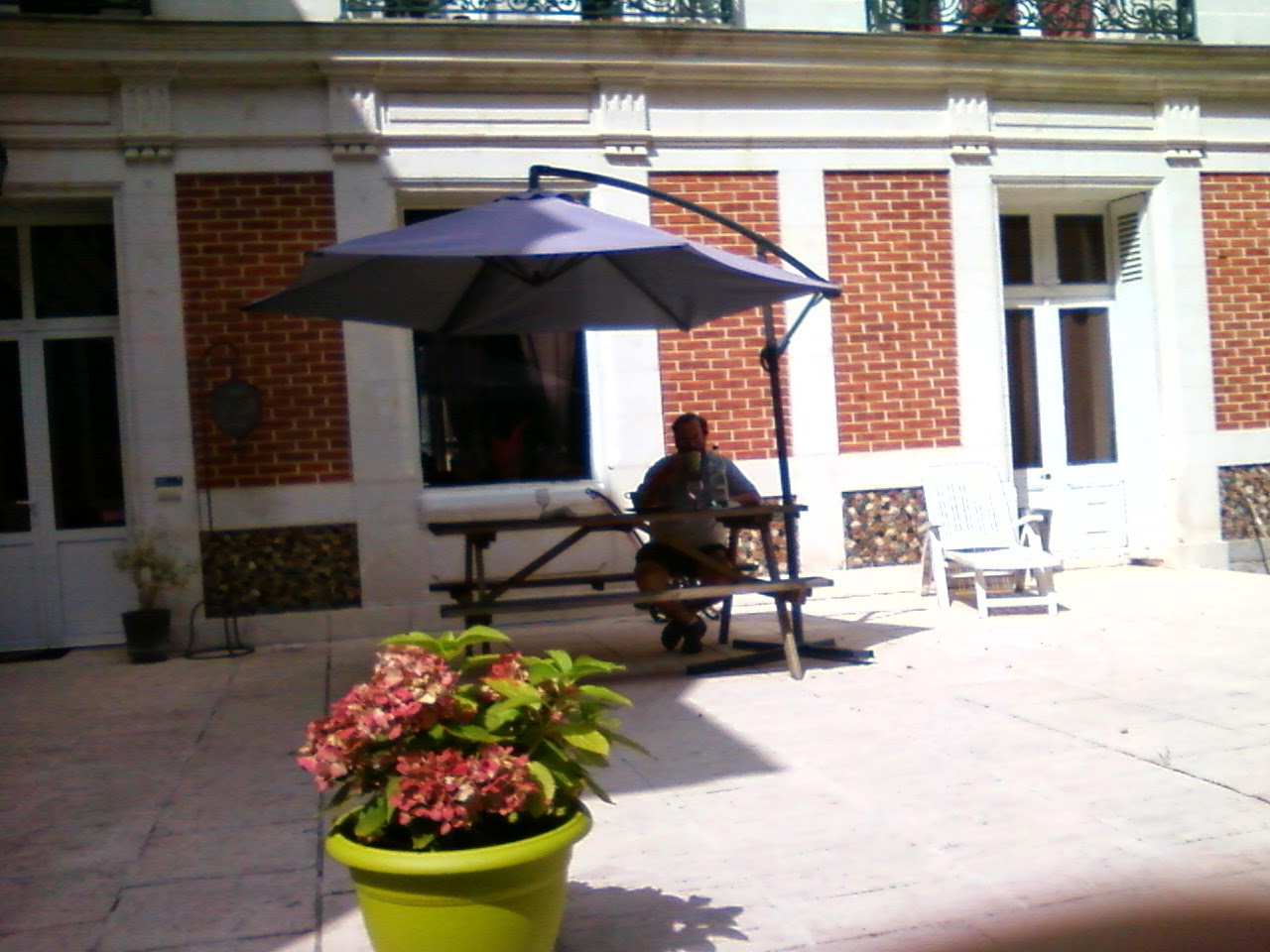 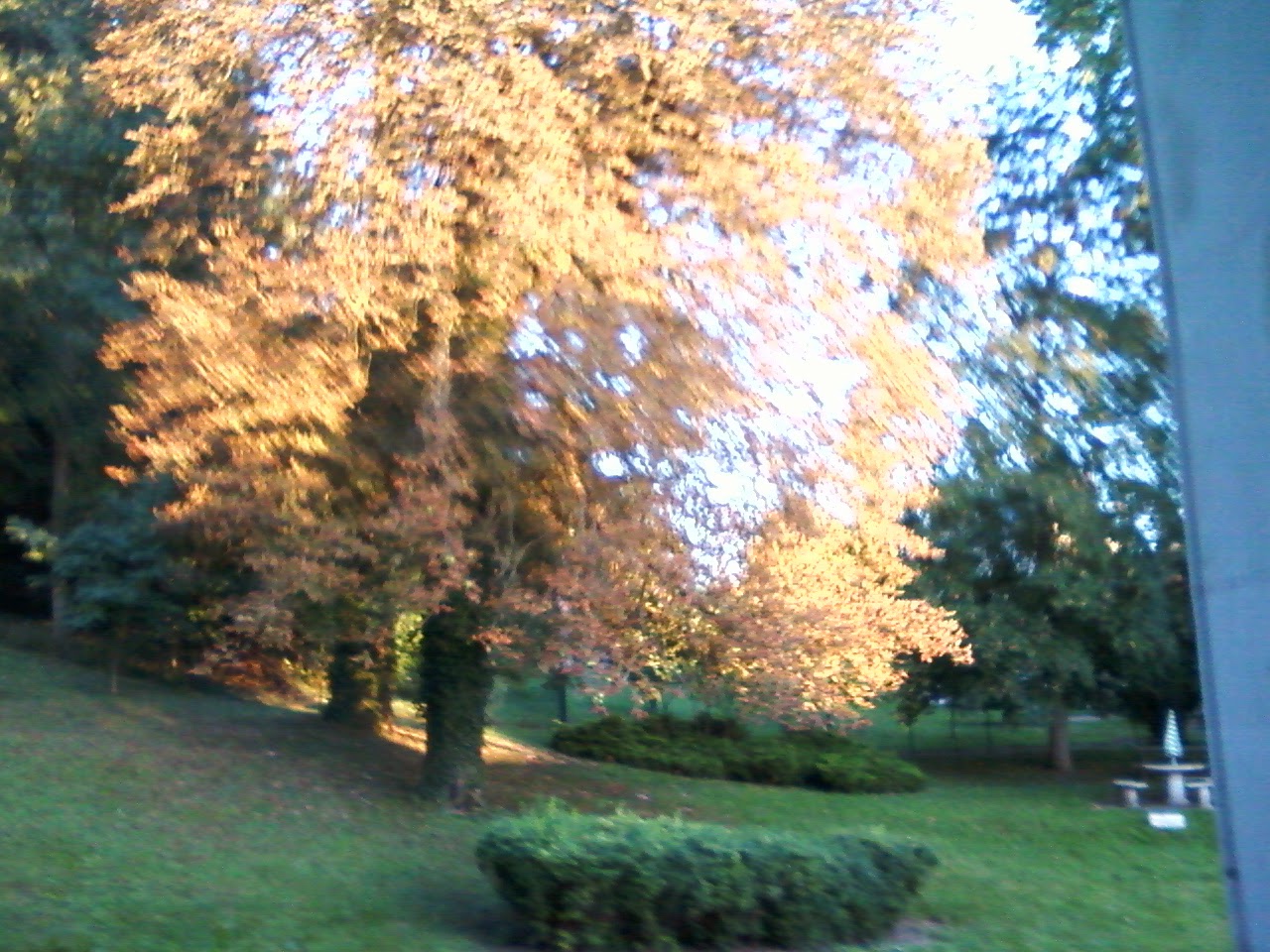 I can't resist a tree 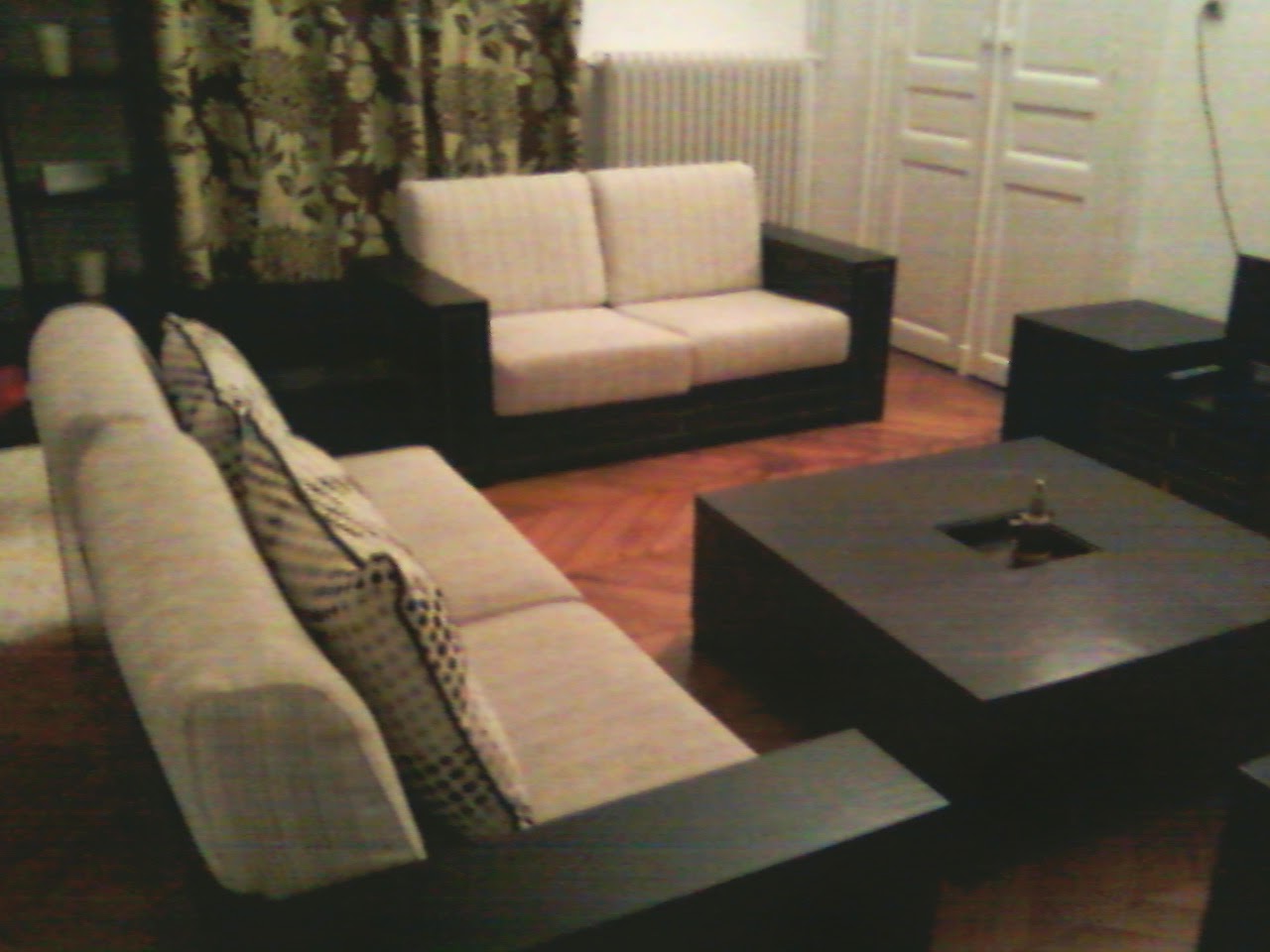 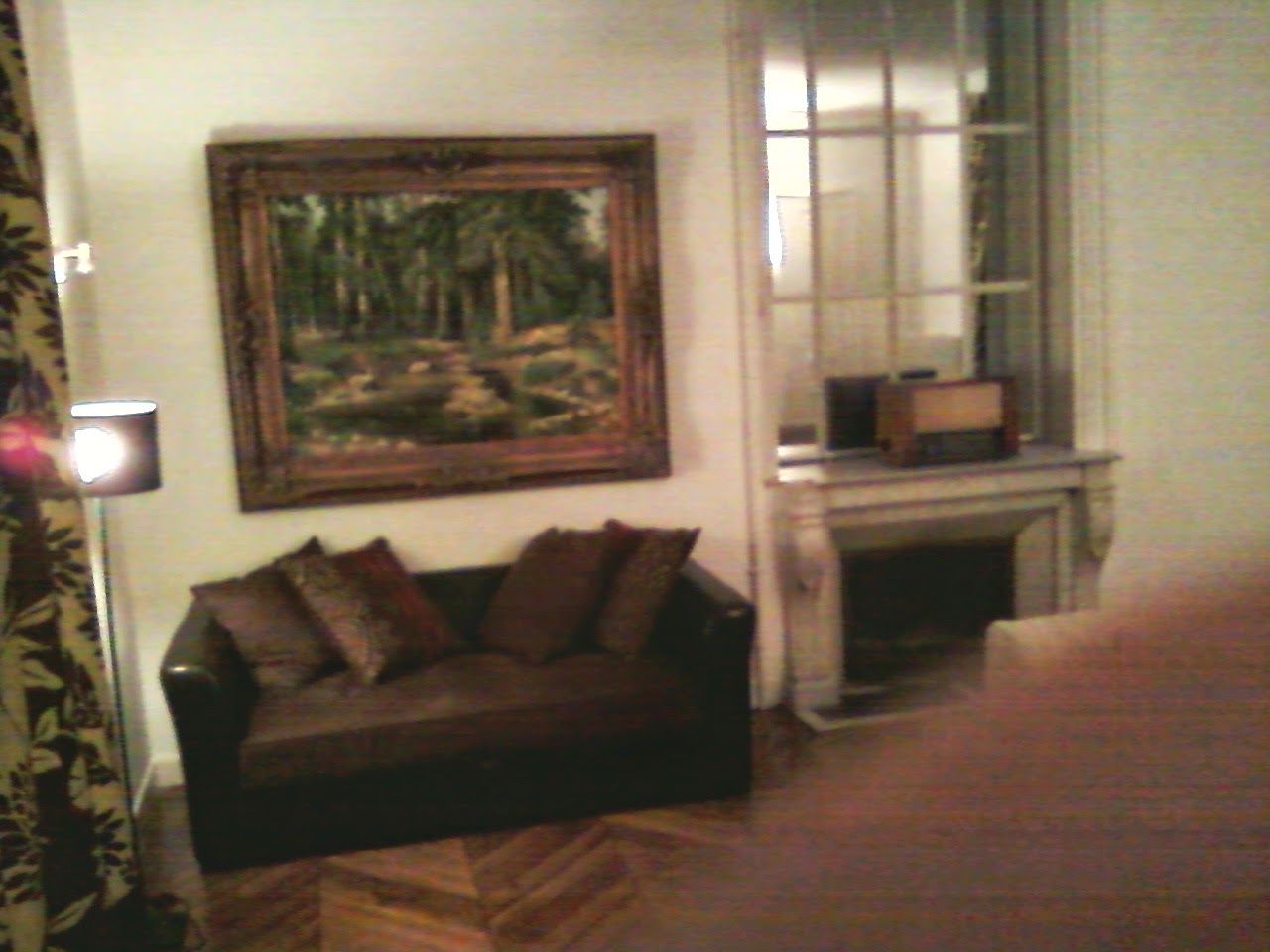 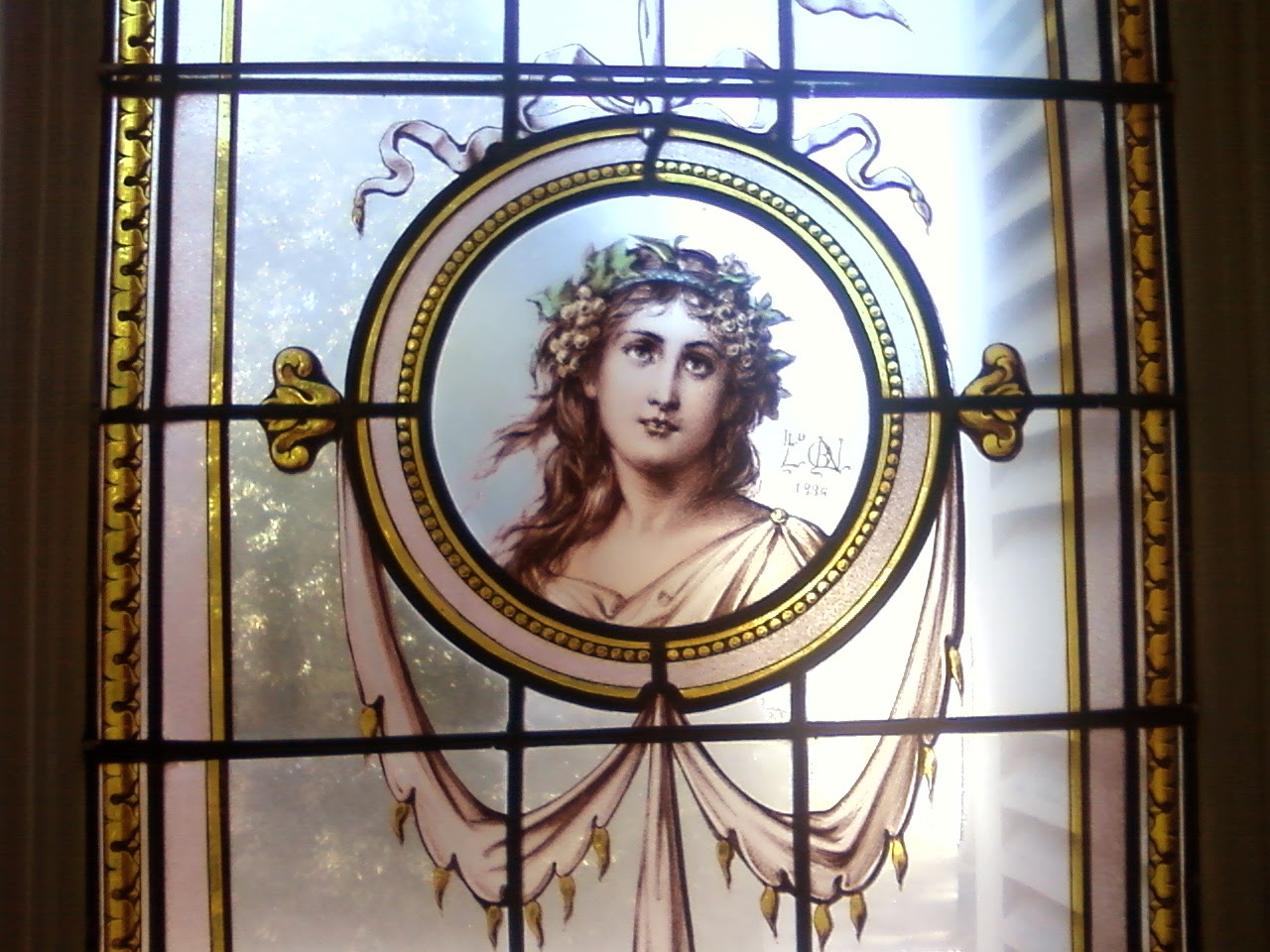 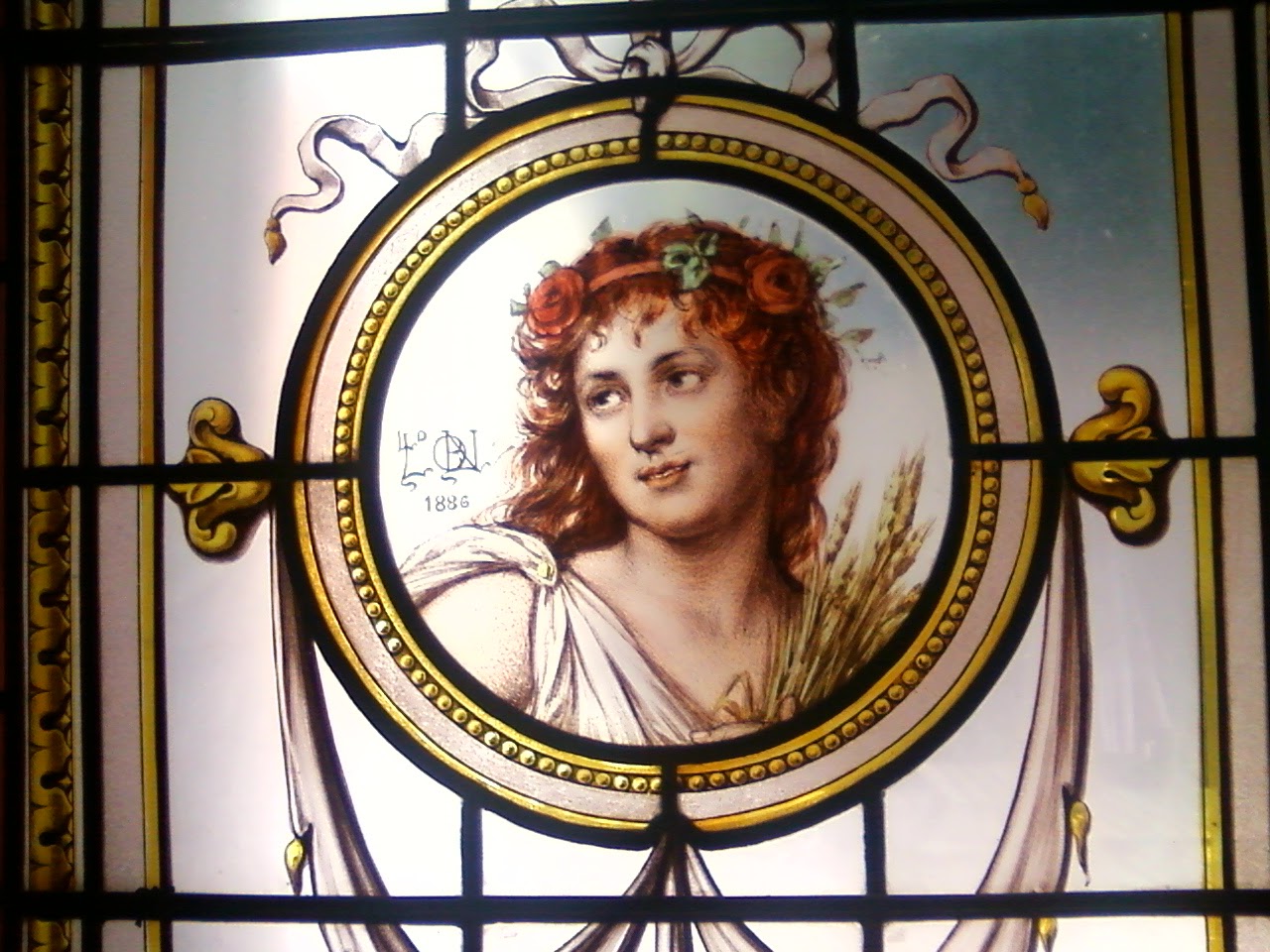 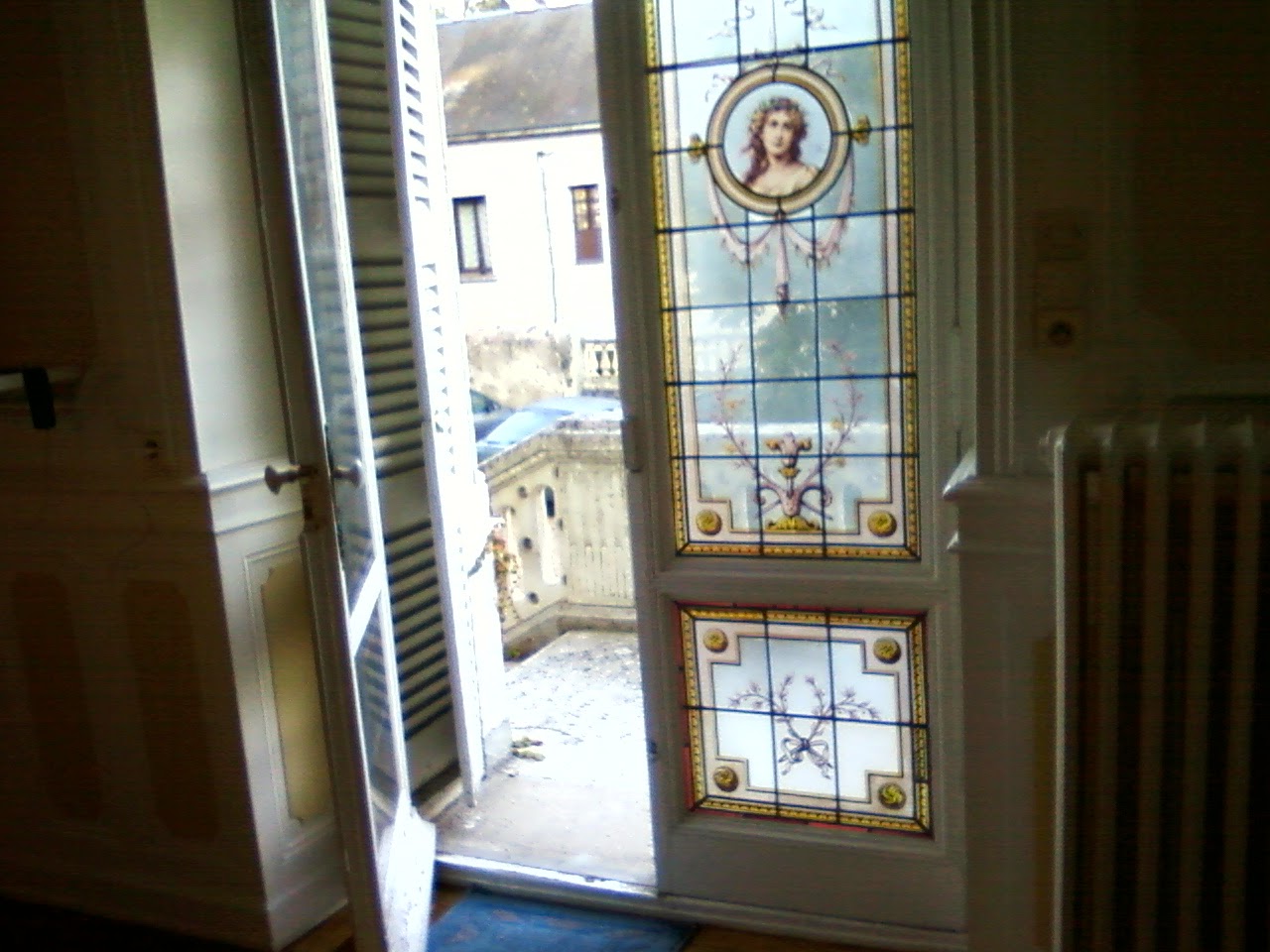 Stained Glass doors
(I took lots of pictures of these) 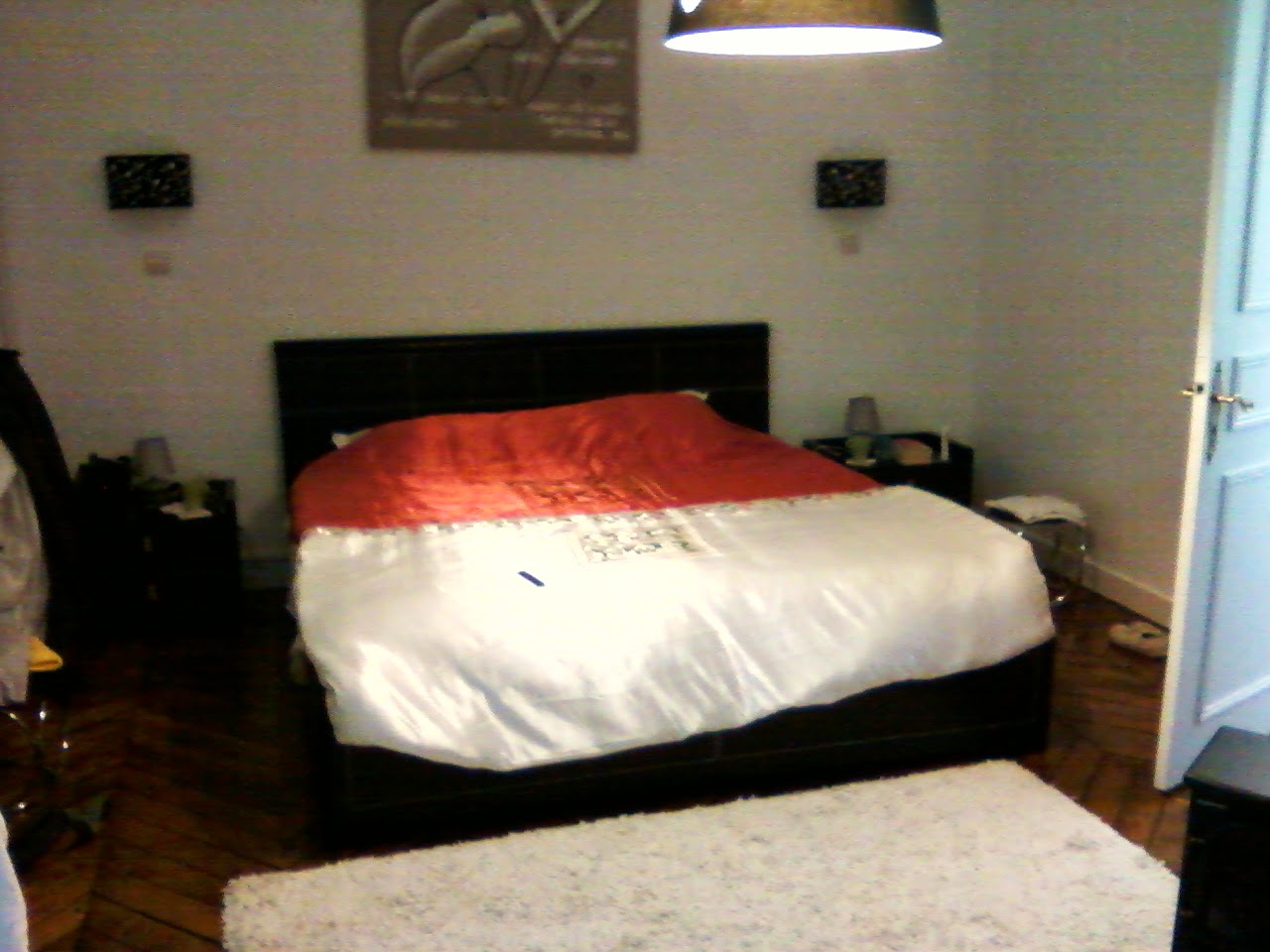 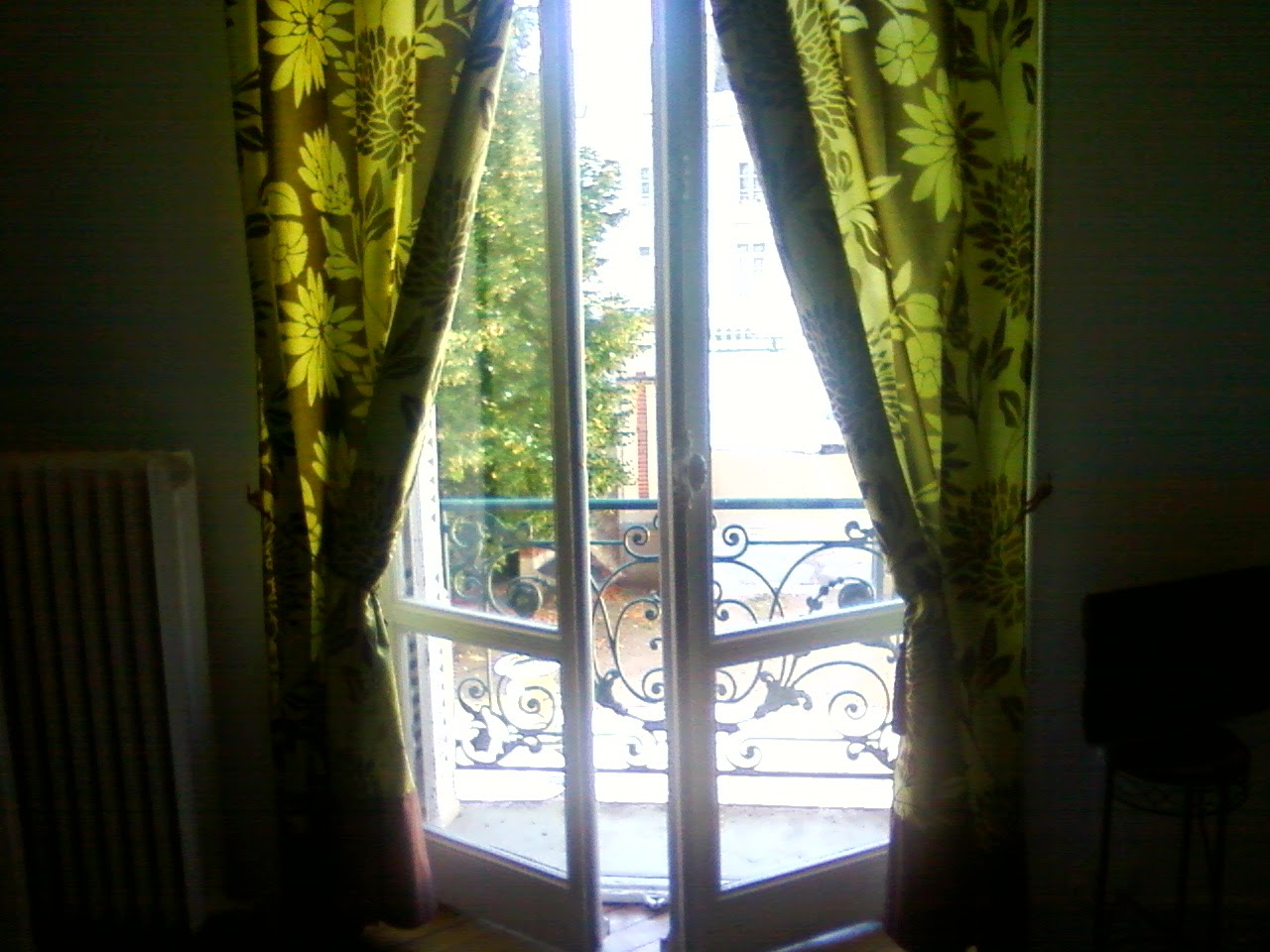 
The Chambre Royale is self catering and there is a small kitchen with an oven and microwave and basic utensils. I recommend Château des Remparts if you are in the Pays de la Loire region of France and looking for somewhere different to stay. Mickael the caretaker speaks a little English and some Portuguese too.