Olivier came home this weekend to celebrate his 23rd birthday.  Christian was 4 years and two weeks old when Olivier was born.  Struggling every winter with two indoor boy’s birthday parties sometimes had me asking “Why me?”  Fortunately, today they are both grown up enough to sort out their own celebrations.

I can’t believe that February is on its way out already.  Like almost everywhere else we’ve had non-stop rain.  Though we did have a couple of days of sunshine, but usually with a cold wind. There are one or two violets in the garden and around the village quite a few daffodils in flower.

Just before Valentine’s Day I had my monthly Glossybox with a rather interesting make-up pencil that I never thought would have such an interesting effect.  Those who have followed my blog for a while will know that my eyebrows dropped out about 7 years ago.  I learnt how to draw them in, but they do tend to look as if they’ve been drawn with a crayon.  I had a clear wax crayon which normally you use to slick down your natural eyebrows.  I was a little disappointed that it wouldn’t be much use to me… or so I thought.  A little bit of wax picks up and emphasizes the one or two hairs that I have and makes the overall effect more natural.  So now you know.
Posted by Anji at 3:50 pm 3 comments:

A bit older than 6, but still a birthday 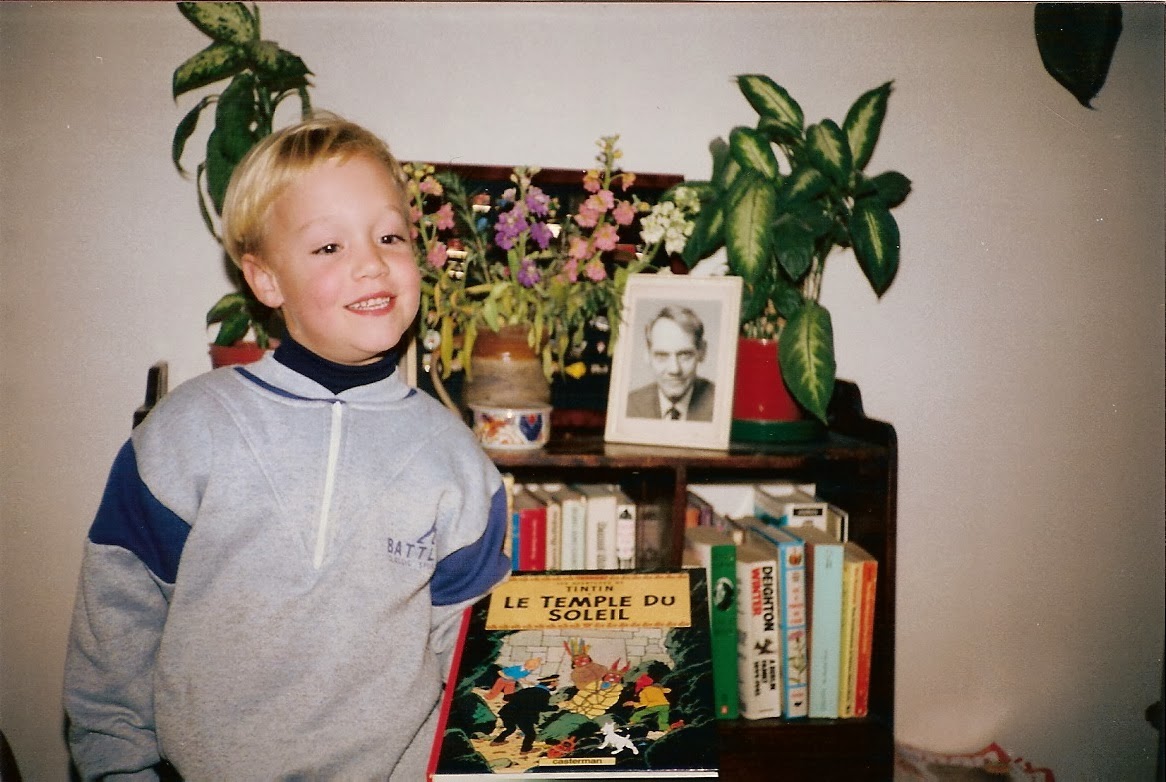 Happy Birthday to Christian who is 21 years older than this picture of him on a birthday long, long ago...
Posted by Anji at 11:45 am 3 comments: